An ABC7 I-Team Investigation
WLS
By Chuck Goudie and Ross Weidner and Christine Tressel
One of four central Illinois men allegedly involved in an anti-government militia group that "uses guerilla warfare tactics" to take back America will plead guilty, the I-Team has learned.

Ellis Mack, 19, will enter the new plea in an Illinois U.S. courtroom next Tuesday according to his attorney and federal court records.

Mack was arrested in March and faced charges of conspiracy and possession of a machine gun and was linked to what authorities said was a domestic terror group known as the "White Rabbits."

He and three alleged accomplices-all from Clarence, Illinois-"obtained materials used to make explosive, destructive, and incendiary devices, provided weapons and uniforms to members of the group and assigned ranks to its members."

They are accused of targeting people and businesses for robberies, extortion and drug trafficking.

According to federal investigators, the 47-year-old ringleader Michael Hari also enlisted two of the others--Michael McWhorter, 29 and Joe Morris, 22-- in a bombing plot at two Midwestern locations.

Last August the trio of McWhorter, Morris and Hari drove to Bloomington, Minnesota and blew up a mosque there, court records state. Prosecutors say McWhorter told officials the attack was aimed at scaring Muslims into leaving the U.S.

A second, similar device was found last November inside a women's clinic that conducts abortions in downstate Champaign. That bomb never detonated but was eventually traced to the Hari group of three, investigators said.

Mack, McWhorter's stepson, is the only one of the group charged to schedule a change of plea. He was not charged directly in the Champaign bombing case or the bomb attack in Minnesota.

Following raids earlier this year on several properties connected to the men, videos were posted describing the police actions and "sending out a request for more militia to come and help us take our town back." During raids that prompted that video post, authorities seized what appeared to be bomb-making materials and numerous guns.

The men in the videos, while partially masked, appeared to include some of those who were arrested and now face federal charges in Illinois and Minnesota.

"We need you to come and stand with us" stated one of the speakers on video, encouraging militia members and other anti-government extremists that believe there is a conspiracy underway to take guns from Americans and enslave them-part of the so-called "Follow the White Rabbit" conspiracy theory.

One White Rabbit Militia sect speaker encouraged his brothers in arms. "Is there anything left that they could take from us?" the video talking head asks. "Oh, you say, 'We still have our guns.' Well what good are they if they don't use them. The country is turned into a police state."

Then, the man cautioned: "I'm not saying go out and shoot someone...we are 100% against that kind of violence."

The group even showed off its own White Rabbit money-local currency issued by some residents of downstate Illinois-that features a depiction of Confederate commander Robert E. Lee.

As the I-Team reported in March, Hari was also bidding on construction of the border wall between the U.S. and Mexico championed by President Trump.

According to the handbook, they are not a right wing group. "They are mainstream Americans of the good old days, purging the socialist, communist, nazi (sic), and feminist leaven from the land and returning it to self-government." Like rabbits, "They hit. They run. They hide."
Report a correction or typo
Related topics:
abortionillinoisbomb threatmosquei team
Copyright © 2021 WLS-TV. All Rights Reserved.
RELATED 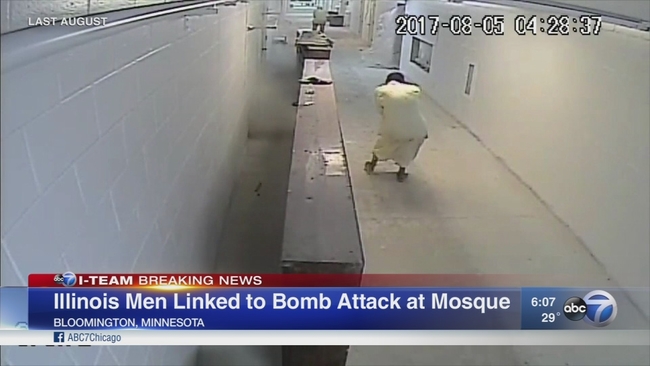 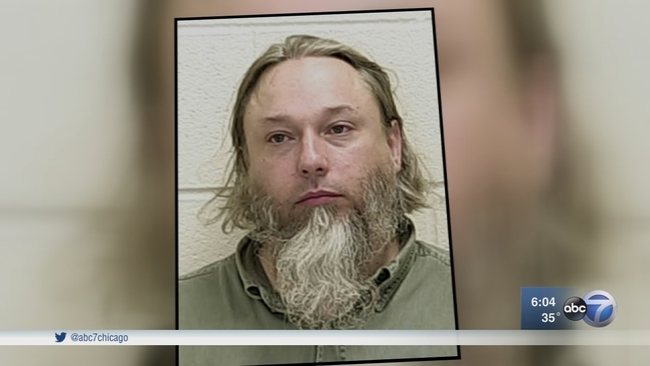 Public dangers: Illinois bombing crew to be kept in jail