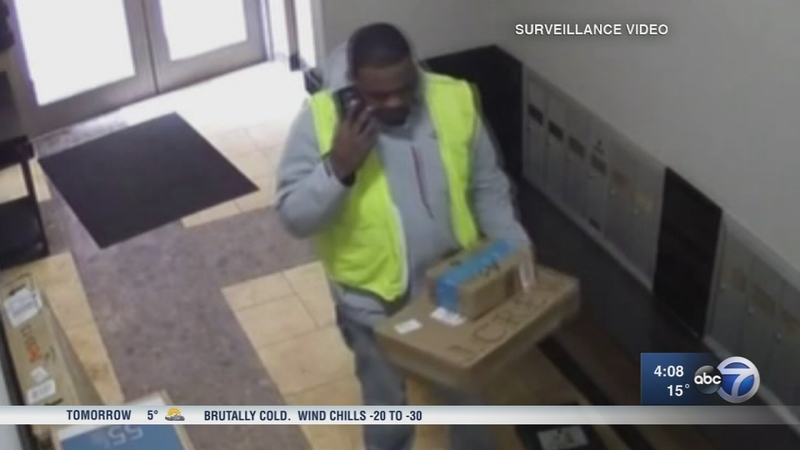 CHICAGO (WLS) -- A bold and crafty thief tricks his way into a building, then casually walks out with a big-screen TV in the Northwest Side Wicker Park neighborhood.

A man dressed as a deliveryman drops off some packages, but it's actually a thief carrying two empty boxes, props that allowed him to trick his way into a condo building on December 2.

"The guy seemed like he'd done it before. He knew exactly what he was doing. He was pressing on our door trying to get in, the condo across from him to try to get in. He was very nonchalant," said Joe Calabria, building resident.

After ditching his empty boxes, the thief is seen stealing a TV that had just been delivered, casually dragging it out through the garage. Residents say they've had packages stolen twice before. But this is the first time someone has actually disguised himself, tricking a tenant to gain access.

"We modified the door, stepped up our game by adding cameras everywhere, but obviously people up their game as well and figure out new ways to get in," said resident Lisa Bax.

Online sales are bigger than ever. UPS alone estimates it will deliver 700 million packages between Black Friday and New Year's Day. And while it's impossible to prevent all thefts, there are things consumers can do to minimize their risk.

-request a specific dropoff time and date
-sign up for text alerts
-if you're not going to be home, ask a neighbor to pick your packages up

"I know the drivers. They know me and they often text me to let me know they've just been in the building because they do have the code," Bax said.