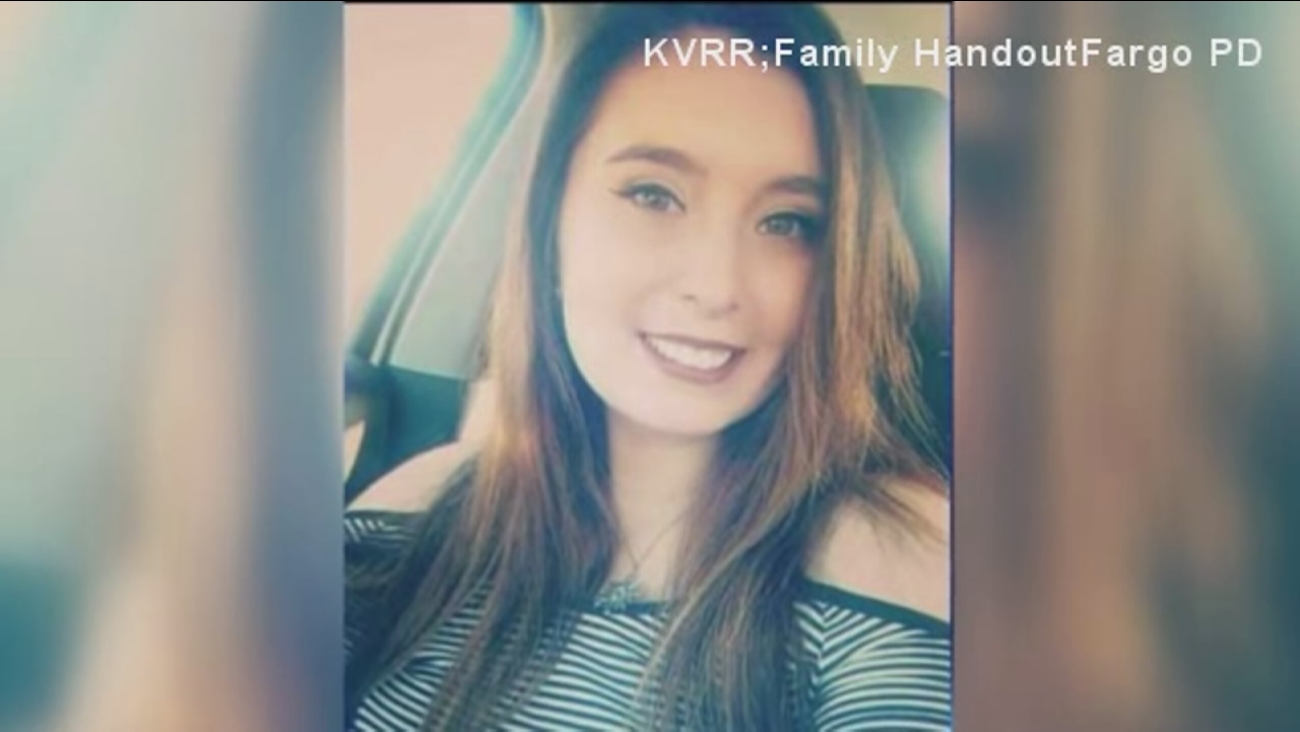 Authorities in Fargo, North Dakota, have found the body of a missing woman who was eight months pregnant when she disappeared. (WLS)

AP
FARGO, N.D. -- A North Dakota woman convicted of killing her pregnant neighbor by cutting the baby from her womb testified Tuesday that her boyfriend had pressured her to "produce a baby" after figuring out she had lied about being pregnant.

Brooke Crews told the court that she had concocted a phony pregnancy to keep from losing William Hoehn, who is on trial for conspiracy in the August 2017 death of 22-year-old Savanna Greywind. Hoehn has admitted helping to cover up the crime, but says he didn't know that Crews had planned to kill Greywind and take her baby. Crews testified that she never "explicitly" told Hoehn that was her plan.

Crews said Hoehn appeared surprised when he entered the bathroom in their apartment and discovered she had cut Greywind's baby from her body. Crews said Hoehn then retrieved a rope and tightened it around Greywind's neck, saying: "If she wasn't dead before, she is now."

Greywind's daughter survived and is being raised by family.

Hoehn spoke regularly with his attorney, Daniel Borgen, during Crews' testimony but showed little emotion. Crews was crying and sniffling throughout.

"You never told Will that you had planned to do this, is that right?" Borgen asked.

"Not kill Savanna for her baby, no," Crews replied.

"In fact, there was never a conversation at all about killing Savanna and taking her baby," Borgen said.

"Not explicitly," she said.

It wasn't immediately clear what Crews meant by "explicitly."

Crews described her relationship with Hoehn as rocky and violent, saying it was fueled by drugs and alcohol. She said they broke up at one point, and that's when she lied to him about being pregnant. She went so far as to email him a phony positive pregnancy test and sonogram photo.

In early August, Hoehn told Crews he didn't believe she was pregnant and said she needed "to produce a baby." Crews said she believed this was "an ultimatum."

"I took that to mean I better have a baby, no matter how it happened," Crews said.

Crews originally told police that Greywind had given her the child. She later told police they had argued and that she pushed Greywind down and knocked her out before cutting her open. A medical examiner testified Monday that there was no evidence of any head injuries.

Crews stuck to her story Tuesday, saying she pushed Greywind, who was knocked out when her head hit the bathroom sink. Crews said that's when she got a knife and began cutting the baby out.

Crews said the couple kept ropes around the house because Hoehn liked to tie her up during sex, including around her neck. She also said Hoehn expressed fantasies about killing people and Crews said she initially told him she would be interested in that too.

The medical examiner who performed the autopsy, Dr. Victor Froloff, testified Monday that he isn't sure whether Greywind died from blood loss or strangulation .

Greywind's disappearance sparked several searches before her body was found several days later, shrouded in plastic and dumped in the Red River. Crews testified Tuesday that police missed Greywind's body and her baby during three searches of the couple's apartment.

Crews testified that Greywind's body was in the bathroom closet and the baby was covered up next to Hoehn on a bed during one of those searches. She said Hoehn eventually moved Greywind's body to a hollowed-out dresser and the two of them carried it out of the apartment.

Crews pleaded guilty to murder and is serving life in prison without parole. She said she has no agreement with prosecutors for a lesser sentence in exchange for testifying.