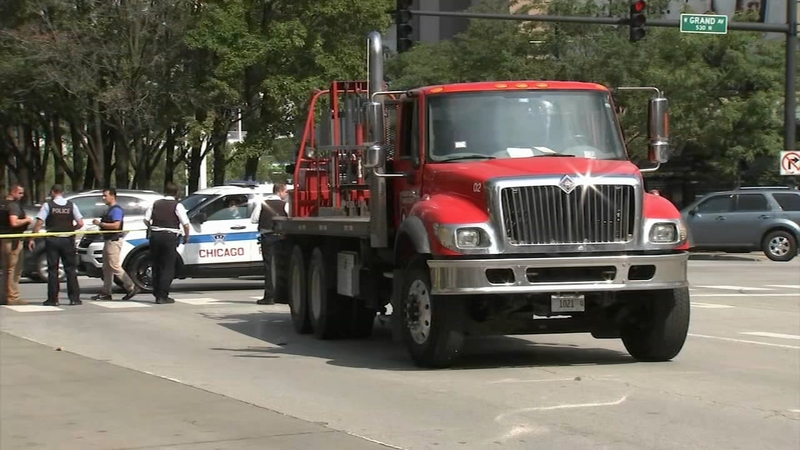 CHICAGO (WLS) -- A pregnant woman was struck and killed by a flatbed truck Tuesday morning in River North.

Officers were called about 11:30 a.m. for reports of a person trapped under a vehicle near Grand Avenue and LaSalle Drive, according to Chicago police.

Police said the victim was walking east on Grand and a Rauch Clay Sales Corp truck was traveling west. She was crossing the street at LaSalle when the truck made a left turn to travel south and struck her.

She was taken in critical condition to Northwestern Memorial Hospital, where she was pronounced dead.

Northwestern Hospital staff have attempted to save Boshardy's unborn child, but no official update on the child's condition has been released.

"I didn't know her personally but, I just can't believe it, you know, that she's dead," said Trevor Reise, witness.

Reise said that intersection can be dangerous for people simply trying to cross the street.

The driver of the truck was cited for failure to yield to a pedestrian.