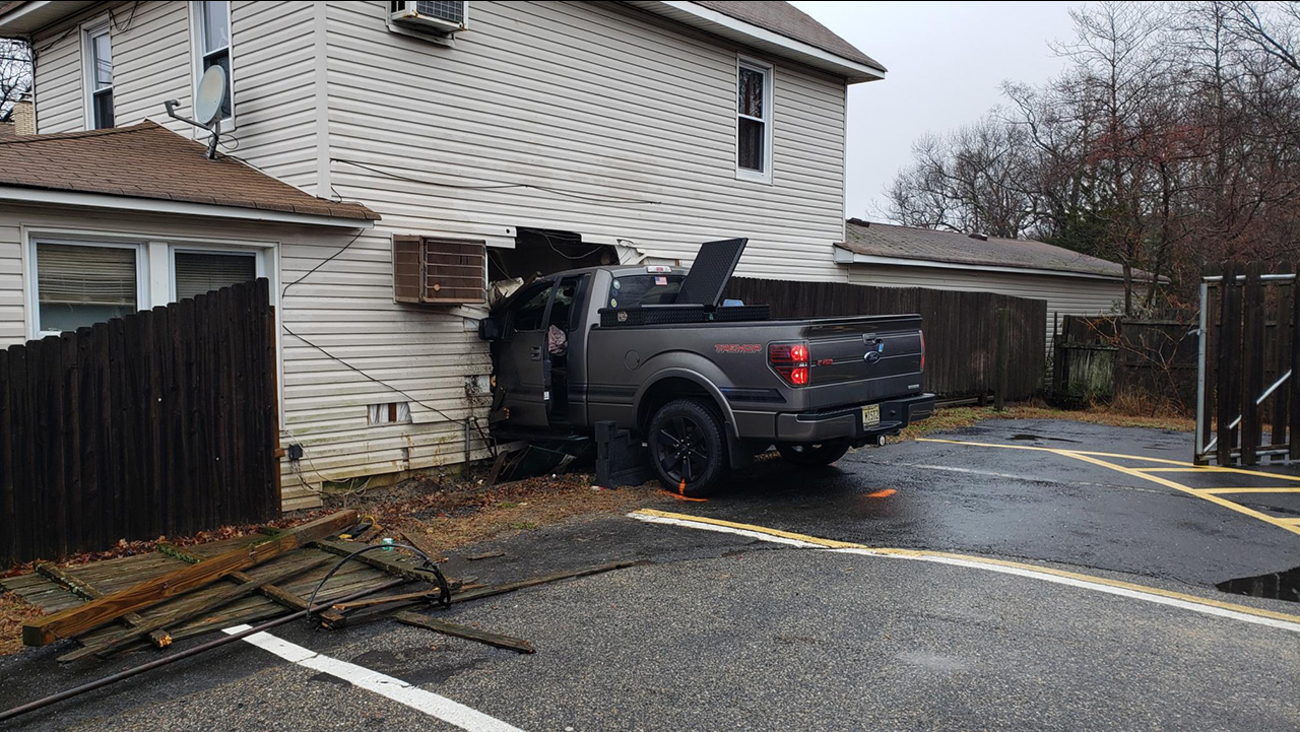 WABC
BRICK, N.J. -- A 55-year-old woman lying in her bed was killed when a pickup truck driven by an 86-year-old man slammed into her home in New Jersey Tuesday morning.

It happened just before 9 a.m. on Drum Point Road in Brick.

Police say William McEvoy lost control of his 2014 Ford pickup truck lost and crashed into the house, penetrating the outer wall into the living room where 55-year-old Barbara Anne Filan was lying in a bed.

Filan later died from her injuries the crash caused.

McEvoy was extricated from his vehicle and transported to the hospital for observation.

The woman's husband and their adult son were also in the home, but they were not hurt.