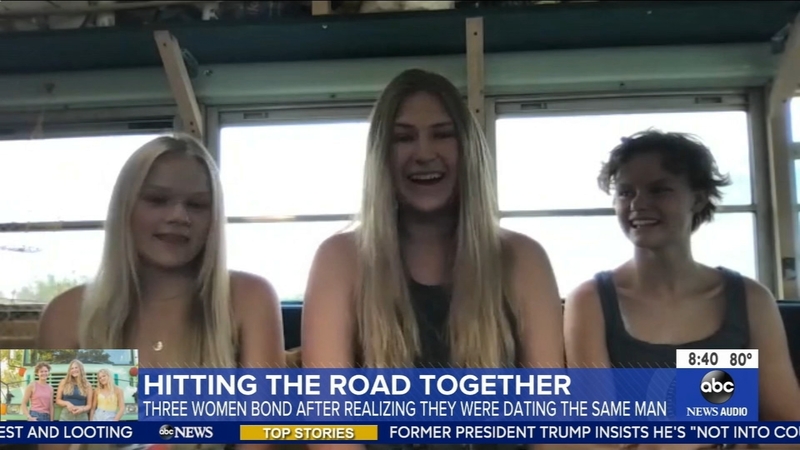 BOISE, Idaho -- Three women turned lemons into lemonade recently after finding out they were dating the same man.

Seven months ago, Abi Roberts, Bekah King and Morgan Tabor learned that the man they were dating wasn't just three-timing them, but six-timing them -- dating six different women all at the same time.

Tabor said she dated him in 2018 for nearly a year. During that time, King met him and started dating him in the summer of 2020. Roberts said she met him in 2020, during Halloween.

In December of 2020, Tabor said she had an inkling that something wasn't right in her relationship. And after some sleuthing on social media, Tabor connected with Abby and eventually all the other women dating her then-boyfriend.

Instead of getting mad at each other, Roberts, King and Tabor dumped the guy and joined forces, like Cameron Diaz, Leslie Mann and Kate Upton in the film "The Other Woman." And instead of getting back at the man by taking him down, they decided to band together and travel across the country, which they're doing by way of a 30-year-old school bus that they renovated.

"We started in Boise, Idaho, where the whole build-out took place, and then we traveled east through Idaho," Roberts told "Good Morning America." "We went to some really cool hot springs through Ketchum, which is a beautiful area there. And then we went through the Grand Tetons, which was so much fun. And then we went through Jackson, through Yellowstone. We were just in Bozeman, Montana, and now we're back near Yellowstone."

"We're winging it a little bit," added Tabor. "Like we have a rough draft route, but we're open to not following it. Kind of just opportunities and people we meet, we'll go from there."

They're documenting all of their journey on their Instagram and TikTok page, @the.bam.bus and creating a bond stronger than any man can break.

Now, they're using their story in hopes of helping others who find themselves in similar situations.

"Something we love to share with everyone, and especially girls who are maybe in a similar situation or going through something, is just to keep your head up. Keep going, you got this!" said Tabor.

Roberts added, "Surround yourself with people that lift you up and don't tear you down, because I think that's what happened with all of us like in our different relationships with the same guy. I think there is a lot of tearing down and it sucks."