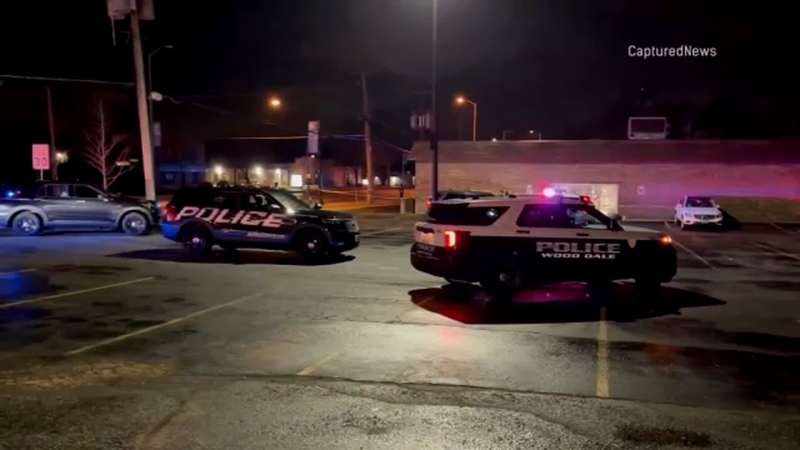 When police arrived, they found three people who had been shot by unknown suspects. The shooting victims were taken to three different local hospitals.

A 24-year-old Chicago man was taken to Lutheran General Hospital in Park Ridge, where he underwent surgery for a gunshot wound to the leg. He remained stable.

A 30-year-old Chicago man was taken to Alexian Brothers Medical Center in Elk Grove Village, where he was treated and released for a gunshot wound to the arm.

And a 23-year-old man, also from Chicago, was taken to Loyola Hospital in Maywood, where he was treated and released for a gunshot wound to the leg.

Wood Dale police said a dispute among multiple parties led to multiple people firing shots, but few details were available about those involved or what took place.

Members of the DuPage County MERIT major crimes and forensics investigations unit are assisting with the investigation.

The bowling alley was closed Sunday, as law enforcement officials continued blocking the scene off with tape.

It's normally open until 2 a.m. on Saturday nights.

The bowling alley owner posted on Facebook Sunday, saying it may have to have restricted hours going forward.

The Wood Dale Police Department is asking for any witnesses with information to call 630-766-2060.