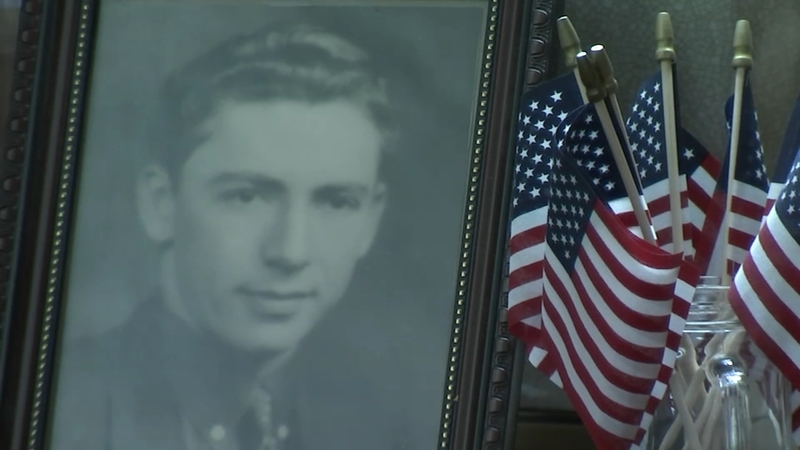 ELWOOD, Ill. (WLS) -- After more than 70 years, a Chicago soldier who died during World War II is finally getting a proper burial after his remains were found in 2019.

Friends and family of U.S. Army Staff Sergeant Gerald Helms held a memorial service Monday in a New Lenox chapel after his remains were found in the Netherlands.

"One of the biggest things about this whole experience, it's just not his return, but getting detailed information about what happened," said Tiffany Stuart, his great-great niece. "The fact that he did land safely, that he was able to rendezvous with his unit, and that he went out on a scouting mission and never returned."

Helms was reported missing in action in 1944 when he was a glider pilot for the U.S. Army during World War II.

In 2019, a Dutch couple that lives close to the German border found a foot while digging to expand their garden. A military team in the Netherlands recovered more, including Helms' tags. The U.S. Army made an official identification earlier this year.

"It's really surreal to know that, people who don't even speak the same language, but they care," great-great niece Samantha Witt said.

"There was really a lot of fighting going on here, but after so many years, you don't expect this at all," said Imke Arndts, one of the Dutch homeowners who uncovered Helms' remains.

"Luckily we found him so they could bring him home so he could be laid to rest in his own area with his family," Micheil Arndts added. "For us, it was a very small thing to do."

"He was so far away from home, fighting for our freedom, so that's something that we will never forget," Imke Arndts said.

"It gives you a lot of hope that people still care and that people are still being identified even almost eighty years later that he's being return is very special," Stuart said.