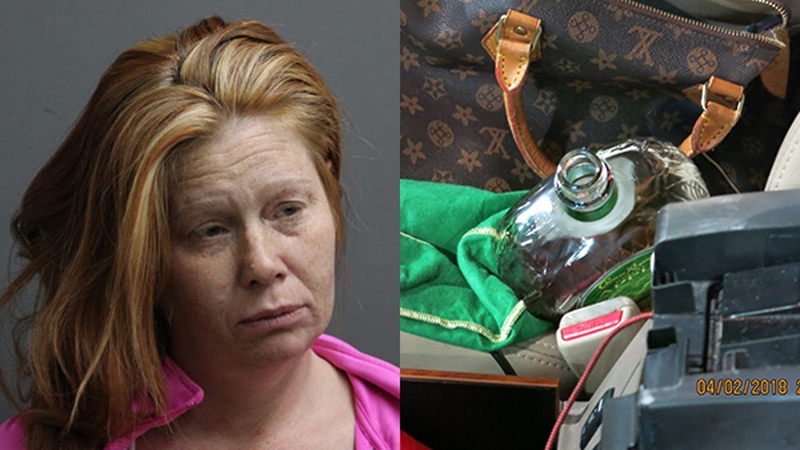 'One of worst DUI offenders in US' gets probation

RIVERSIDE, Ill. (WLS) -- A woman that police called "one of the worst DUI offenders in the United States" has been sentenced.

Cook County records indicate that Schleicher pleaded guilty to one count of DUI on Monday and was sentenced to 24 months' probation.

Riverside police said officers encountered Schleicher as they responded to a report of a woman passed out behind the wheel of her vehicle at a gas station at 3346 South Harlem Avenue.

Following her arrest, Riverside police learned that 11 of Schleicher's children had been taken away from her by the state of Minnesota -- all for reasons related to drunk and impaired driving situations.

When questioned about why she was in Illinois, Riverside Police Chief Thomas Weitzel said Schleicher claimed she was dropping off her 15-year-old son -- the only child still in her custody -- so he could "party" in Indiana over spring break.

"Schleicher's history of six prior DUI's in six states, with three outstanding warrants from various states speaks to her transient nature. When she was arrested in a state, she would just not show up in court unless she was held in custody. That's one of the reasons for so many outstanding warrants. In Minnesota she was arrested with children in the car, and alleged to have been breastfeeding one child while driving intoxicated," Weitzel said.
Report a correction or typo
Related topics:
north riversideduiarrestsentencing
Copyright © 2022 WLS-TV. All Rights Reserved.
TOP STORIES
Hairstylist killed while looking for parking at work in Chicago Lawn
Chicago single-use foodware ordinance for restaurants takes effect
Cold case team shines new light on betrayal of Anne Frank
Microsoft buying Activision Blizzard in $68.7 billion deal
Girl killed in Milwaukee shooting ID'd
38 shot, 5 fatally, in Chicago weekend violence
5G launch could wreak havoc on airplanes, airline CEOs warn
Show More
$3M bail for man wounded, charged in shootout with Cook Co. deputies
Police search for hit-and-run driver who killed mother of 3
Cook County brings back 3 mass COVID vaccination sites
Fire at Kenosha apartment complex for seniors leaves 2 dead, 5 hurt
Tonga volcano eruption shock waves detected in Chicago
More TOP STORIES News