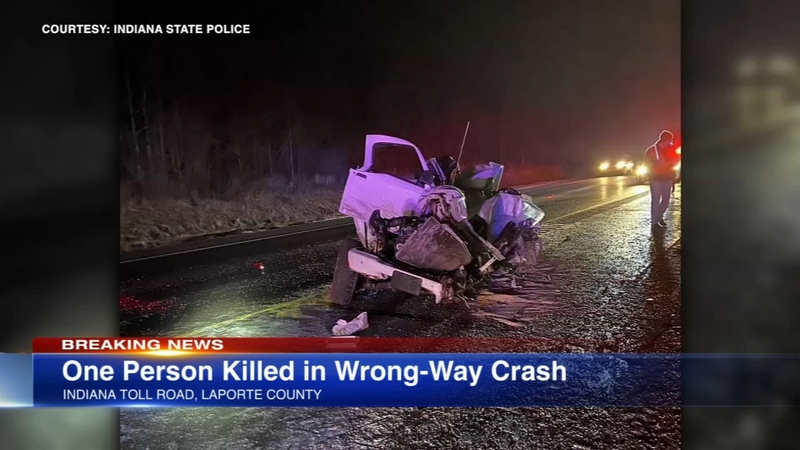 LAPORTE COUNTY, Ind. (WLS) -- One person was killed in a wrong-way crash on the Indiana Toll Road Monday night.

Indiana State Police said they received calls at about 5 p.m. that there was a crash between a passenger vehicle and a semi near the 40.6 mile marker.

Police said a white 2000 Ford Ranger was driving westbound in the passing lane of eastbound I-80, and a semi was traveling eastbound in the same lane. The two vehicles crashed head-on, state police said.