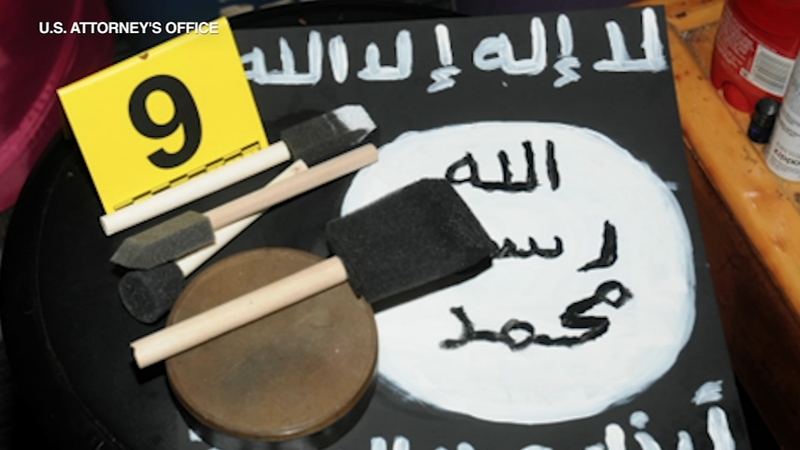 CHICAGO (WLS) -- Was a Maine teenager who was charged with possession of explosives involved in some deeper plot?

That question comes after federal prosecutors imply there is some top-secret undercurrent to the case that will complicate many of the reports needed for trial. Late Wednesday a federal judge granted the governor's unopposed request that Pelkey's trial be delayed.

When federal agents say they found terrorist flags along with several bombs and explosive components inside a teenager's bedroom in rural Maine last February, the plot was described as "ISIS inspired."

According to the FBI, the targets were metro-Chicago mosques and religious institutions with an alleged plot to commit mass murder.

"ISIS, and threats that are related to ISIS, is automatically a national security issue because it's ISIS," ABC 7 legal analyst Gil Soffer said.

A court ordered Pelkey held without bond, but on a simple charge of explosives possession, with a lightning-fast trial date of early June.

In newly-filed federal court request, prosecutors asked for and have now received for a two-month trial delay to August 2. Trial delays aren't unusual, but this is: prosecutors state that "many of the reports are at a higher classification level than in most other cases."

"In most federal criminal cases, you don't get into questions of classified information," Soffer said. "Classified information means it's highly sensitive, secret information often related to national security. So, this sentence tells us at least the government is of the view that this involves something related to national security, which can involve secret or even top secret information that sets this apart apparently from the average federal criminal case."

The ABC7 I-Team looked into a national security question: Is there some top-secret component of an alleged Chicago plot to bomb mosques?

The U.S. Attorney handling the case in Maine tells the I-Team the government can't comment beyond what's in the court record, which is the reference to classified information.

We asked Pelkey's attorney whether this use of classified reports elevates the nature of the allegations against Pelkey. He hasn't responded.