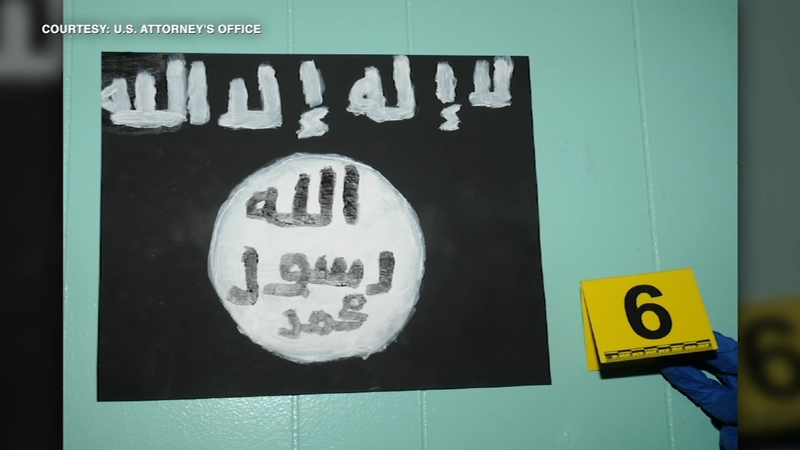 CHICAGO (WLS) -- New details about an alleged plot to attack Chicago-area houses of worship have been unveiled in newly-unsealed court documents.

A Maine teen was arrested in February after homemade explosives were found in his home. The unsealed documents reveal what federal prosecutors say was a plan for three teenagers to commit mass murder at a mosque in the Chicago area, all in the name of ISIS.

Xavier Pelkey, 18, of Waterville, Maine, plotted to travel to Chicago and commit mass murder at synagogues and mosques, the FBI said.

Hand-painted ISIS flags were found in 18-year-old Xavier Pelkey's bedroom in his apartment in Maine last month, where authorities say he was hatching a disturbing plan to target a Shi'a Muslim mosque in the Chicago area with the help of two other teenagers.

The three were allegedly planning to go to an area mosque in late March during spring break and commit "mass murder," all in the name of ISIS.

Federal prosecutors said they planned to continue going to other mosques and synagogues until they were eventually killed by law enforcement.

Along with those ISIS flags, agents also discovered handmade bombs, with Pelkey telling agents he wanted to make a "bigger boom."

Saadia Pervaiz, with CAIR-Chicago, condemned what she's calling an act of hate.