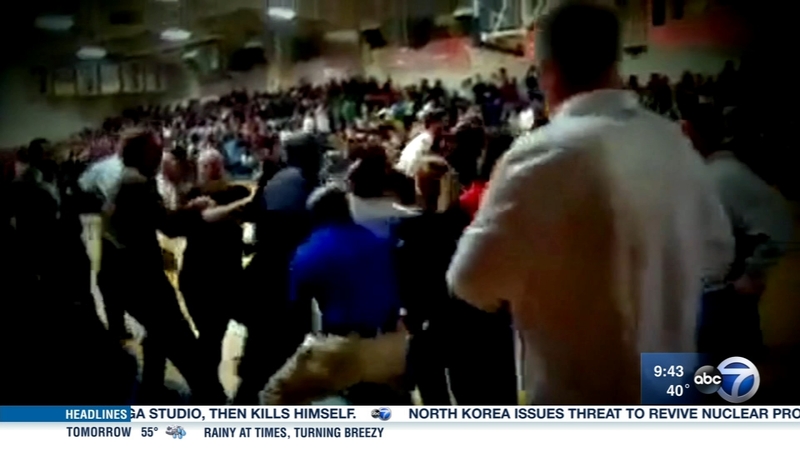 Out of control parents have caused disruptions at children's' sports games, violently attacking each other in front of their kids.

One recent brawl at a youth football game in Forest Park, Georgia, sent two people to the hospital. The fight was so extreme that authorities are considering posting officers at future games.

"I'm glad my kids weren't out there to witness it," said Forest Park Police Chief Jason Armstrong. "Kids, they are out there to play sports and be competitive."

Forest Park Police said they are still investigating the incident and are asking the public to help them identify those involved.

The fight is just the latest in a string of incidents involving angry parents. Last month, adults shoved each other while their kids watched helplessly nearby.

"Unfortunately I think the heat of the battle got the best of a few on each side," said coach Chris Davis.

In Florida, two coaches turned a Little League field into a boxing ring.

Incidents like these caught on camera prompted some school officials to take action.

"I don't want it to look like it's a crime scene for kids coming to watch a football game," said Armstrong. "Because we have to have a lot of police there because adults don't know how to act like adults."

In 2017, the largest youth soccer league in South Carolina banned all cheering and jeering at games to prevent parental interference.