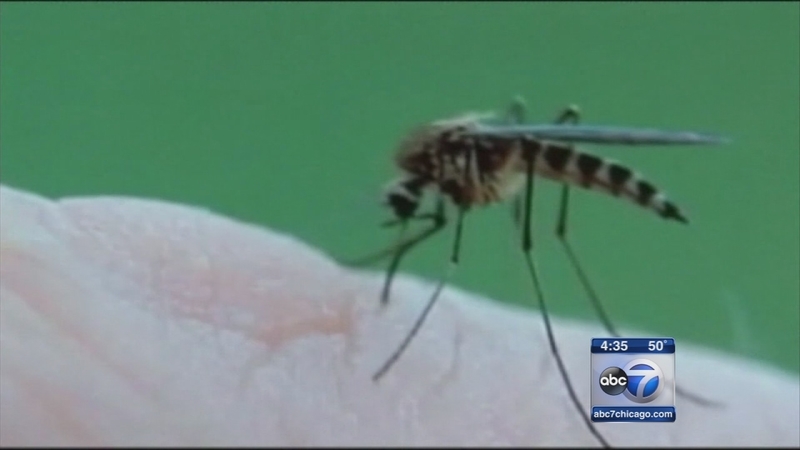 CHICAGO (WLS) -- Hospital officials announced Monday the first case of Zika virus in Chicago - a woman in her 30s who had recently traveled to Colombia.

This is the fifth confirmed case in Illinois.

"Based on her clinical symptoms we had a high suspicion that she had Zika virus," said Dr. Roberta Luskin-Hawk, of Presence St. Joseph Hospital where the woman was treated.

The woman returned from Colombia in late January and sought treatment at her primary care physician. She was never hospitalized. Officials say she recovered fully on her own.

She was tested for several things, including Zika. Her tests just came back from the Centers for Disease Control & Prevention and were positive for the Zika virus.

"We do not anticipate any long-lasting complications from this infection," Luskin-Hawk said. "She's not currently pregnant and does not appear to need any additional medical follow-up."

Most patients with Zika will never develop any symptoms and doctors believe the infection clears the bloodstream within a week.

"There doesn't seem to be any long-term effects, but it's still very early," said Dr. Nirav Shah, of the Illinois Department of Public Health. "This is the first large-scale outbreak we've seen in the world.

Of the cases diagnosed in Illinois so far, all have resulted from people returning from travel to South America and the Caribbean. Two of those were pregnant women. As a result of the risks of birth defects associated with Zika, doctors recommend women who may have been exposed to the virus wait before getting pregnant.

"There are many in the medical community who have suggested maybe 28 days, roughly a month," Shah said.

And while health officials say they fully expect the number of cases to continue to go up, they insist that in all likelihood these will come as a result of infection abroad and not in this part of the country.

There have been several dozen cases of the mosquito-spread virus reported in the United States, most in travelers returning from affected countries. The virus often manifests as a mild illness with symptoms including fever, rash, joint pain and red eyes.

The World Health Organization declared the spread of Zika in Central and South America as a global health emergency and international health officials are investigating if Zika infection in pregnant women is linked to a substantive uptick in the number of babies born with microcephaly, a congenital condition in which babies are born with abnormally small heads and incomplete brain development.