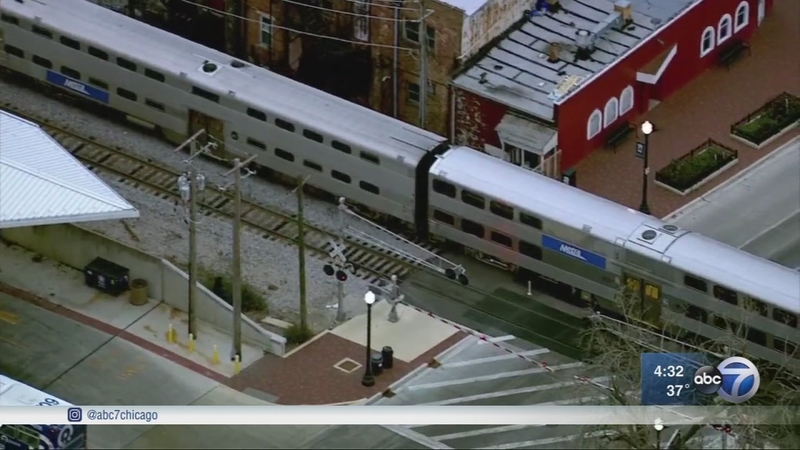 The woman has been identified as Tawanda Williams, 45, of Carpentersville.

Williams was trying to cross the tracks when the train struck her, according to Elgin Fire Department Battalion Chief Richard Carter. When he arrived at the scene, he found her lying on a sidewalk adjacent to the tracks with severe leg injuries.

"Witnesses said they saw her get off the bus. She was attempting to cross the tracks and she tripped," Carter said.

Carter reiterated the importance of staying off the tracks when a train is approaching.

Witnesses recounted to the fire chief how the woman was running along the west, or platform side, of the train as it arrived at the station. He said she went under and sustained life-threatening injuries to her legs. Elgin police were first on the scene and rendered help right on the tracks.

"My only concern is people. They don't think the train is moving very fast. They think they can run in front of it. This happens so many times every year," Carter said. "You just have to be patient. Don't take a chance with your life."

Chicago Avenue runs one way east at the tracks, thus sporting rail crossing gates on only one side of the tracks. People are often seeing running unimpeded from the adjacent Pace bus barn and have even ducked under gaps trying to make the train.

Metra police are investigating, but Carter said what has to happen here is obvious.

"If you're going to miss your train, because you're on the wrong side of the tracks there's one coming 15 minutes later. Just wait for that one. No rush like that is worth your life," said Carter.

There are approximately 3,000 people who use this stop every day.

Metra said this was the fifth, non-suicide pedestrian vehicle fatality to happen this year.