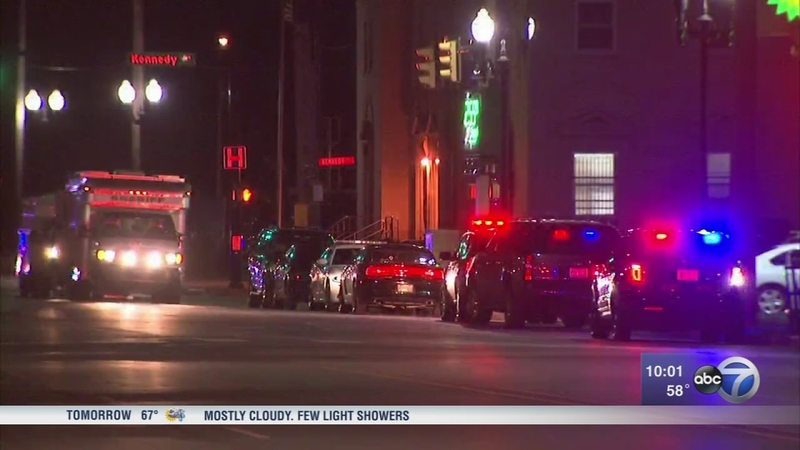 East Chicago Acting Fire Chief Francisco Mendez said at least one explosive device went off at the post office in the 900-block of East Chicago Avenue around 6 p.m. While the investigation is ongoing, Mendez believes the explosion came from a possible pipe bomb in a package.

"A bomb? That's really scary. It makes you wonder if it was like, a terrorist attack," said Akeyla Myers, a resident.

The newly-hired female employee, who a coworker said is pregnant, suffered minor injuries and was taken to St. Catherine's Hospital as a precaution. The post office is closed to the public. The woman and another worker were the only ones in the post office at the time, officials said.

"It's scary, 'cuz we're already going through it with lead and now we hear about the bomb," said Patricia Sims, another resident.

Authorities are searching the rest of the post office. Law enforcement on the scene include agents from the Bureau of Alcohol, Tobacco, Firearms and Explosives, the FBII and the United States Postal Service, as well as East Chicago police and fire officials. K-9 units are also on scene to assist in the investigation, sniffing for any other bombs.