When did you realize the COVID pandemic changed everything? 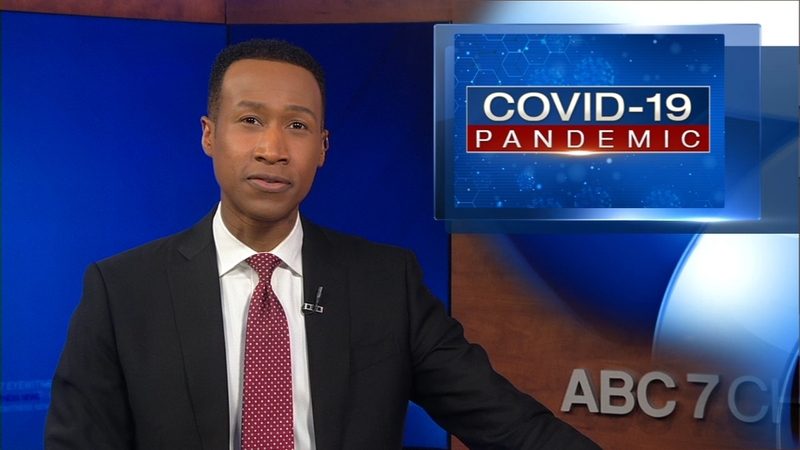 When did you realize the COVID pandemic changed everything?

CHICAGO (WLS) -- In March 2020, everyday life became anything but normal, and over the past year we have redefined "normal" over and over again.

We want to know: Is there a moment that sticks out to you from March 2020 as the "beginning" of the pandemic?

Was it going to the grocery store only to find the shelves bare? Was it setting up a work station from home? Or maybe the first day your child logged into class virtually?

Judy Foley: When my husband was admitted to Northwestern Memorial Hospital on March 28th and then diagnosed with COVID19. He died 3 weeks later on April 17th. He was 77 years old and had no underlying medical conditions. His name was Paul J. Foley, Jr. He and I were married for 50 years and he left 4 children and 9 grandchildren. When I took him to the hospital, I went home and had to immediately quarantine, I couldn't see my children or grandchildren. We could only see my husband by Facetime. Those three weeks changed everything.

Amanda: As a student nurse, Covid-19 changed my world. I went from waking up everyday going to school, to the hospitals for my clinical rotations, to sitting in front of my computer for hours on end missing out on critical hands-on experience! When hospitals were open to allowing visitors again, everything was different. Many rooms we as students we not allowed to go into; many students even became exposed to Covid-19. Now that I have graduated, I am anticipating what's to come as a new-grad nurse affected by the pandemic. Many nurses now are so tired, and us fresh-new faces are eager to learn, but also terrified.

Mimi: I was in town for my mother's funeral March 1st...by the 2nd week, I saw a scared look on faces of people everywhere we went as we shopped for groceries or stuff while visiting my family. All talk everywhere was about the virus and questions...Noone had answers. We drove back to our home days earlier than originally planned to our home state and cancelled our flight. There had been talk about states closing their borders. The drive home was the same, scared looks on faces.

Anonymous: When the governor announced the stay at home order. I was on vacation in Mexico and two days after returning he made the announcement. I went to Walmart and the shelves were bare.

Scott Reisinger: When my wife and I had to cancel a trip to Arizona and at that time my son telling me he was suppose to go to Vegas for the NCAA Basketball tournament and that they cancelled the tournament and he had to canceled his trip with his Uncles to Vegas! I could not believe they did that. I knew then this is very serious.

Cozette: The day Tom Hanks got it and the NBA got cancelled. Felt like the world was collapsing.

Debbie King: I was at work, a customer came to buy something and told me he couldn't fly home to Spain for his sister's funeral. Later that day I received a memo telling me to close the public washrooms and drinking fountain. I was furloughed two days later.

Parian: I'm a venue event planner; we hosted our final event before Chicago shut down. It was surreal and quieter than normal. I had to refuse a hug and a handshake, but we weren't yet afraid to breathe the same air maskless.

Amanda: : When I was thinking of "what can I do this weekend" and there was suddenly nothing to do. No entertainment anywhere. Just the four walls that surrounded me in my room- any room... inside my home. Where I've been held captive. Like a prisoner but hiding out... hiding to stay safe- to keep my vulnerable infant safe.. my son.. with chronic lung disease. My family. Suddenly it hit me.. the world is not the same. The doorbell rang and the groceries for the week have been delivered... the gas from last month still in my car... covid-19

Anonymous: My moment was when we had to cancel our Sunday and Lenten church services, basically stop all church activities. The grocery store with empty shelves was the 2nd big indicator.

Anonymous: Friday March 13th, Full moon, and the day we were told to leave school due to the pandemic. As a school teacher, this was a terribly stressful time. Students were both celebrating the early release and others were crying. We did our best to send them home ... but had no way to answer any questions, we had questions of our own too.
Then, we were given one weekend to try and flip and manage virtual learning. We did it. But life as we know it...will never be the same.

Jennie Brown: When my grandson's 1st birthday party had to be cancelled on March 21, 2021.

Abdo Timejardine-Zomeño: I play in the university athletic band. We had just gotten back to Chicago from a 2 day stay in Indianapolis while playing for the championship basketball game. Came back for one day of class, and then I as I was riding the train back home I get an email from the university administration that classes were all shifting online. That's when I knew, things were about to change. And at the time, no one knew for how long.

Chloe: I was a freshman at the University of Illinois. My friends and I were sent home for a 2 week long spring break. I realized everything had changed when my dad and I had to move all of my stuff out of my dorm room. It all happened so fast.