Charged for your free COVID vaccine? Federal gov't wants you to report it 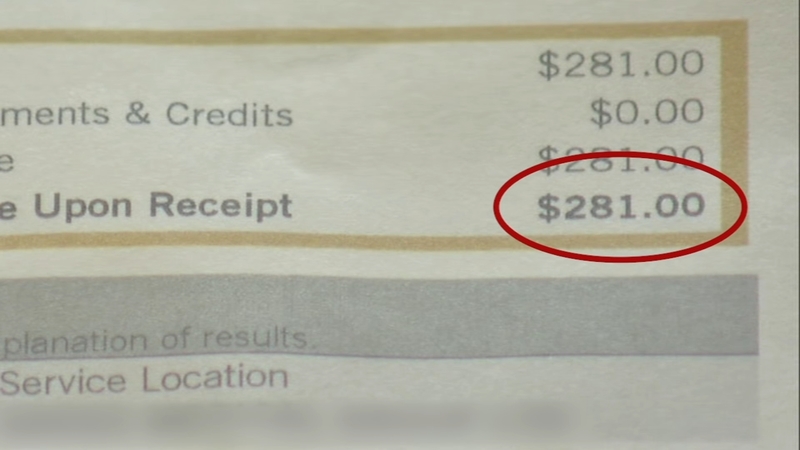 Charged for a free COVID vaccine? Feds want you to report it

CHICAGO (WLS) -- Some people are frustrated after they said they were charged for their COVID-19 vaccines. The federal government has made it clear that these shots are 100% free to consumers. So why are people still being billed?

Since our last report aired, people from across the Chicago area have reached out, saying they also received a bill after getting vaccinated.

Now, the federal government is getting involved by tracking cases of patients who are charged for the shot.

Just a few weeks after getting vaccinated, Lawson said he got a bill in the mail after receiving the COVID-19 vaccine and no other medical care.

"I felt that it was very wrong when it's supposed to be free," he said.

He said he called Alliance Immediate Primary Care in Chicago to find out why he was charged. He said they initially told him it was a fee.

"And it's just not right," Lawson said. "I called you because I didn't seem to be getting any answers."

The ABC7 I-Team first learned about the problem in March when a Chicago woman received a bill from a local hospital after getting her COVID shot.

A South Shore woman said Jackson Park Hospital on Chicago's South Side sent her a bill after she received her free COVID vaccine there.

"I'm like, no! It's the principle," Angela Hopkins said at the time. "You don't bill people when something is supposed to be free! What are you doing?"

Since then, more people have called the I-Team after receiving bills for the vaccine, including Suzanne Janezec, of Naperville, who is a nurse.

"It makes me feel like people are taking advantage of us," she said. "My husband was billed for his shot too."

As did Joseph Cina, who said he's furious with his medical provider.

"I'll tell you what, when I seen the bill I tore it in half and threw it in the garbage I was so frustrated," Cina said.

"Providers sign a contract with the government that they will not charge consumers a dime," Balber said. "They will not balance a bill if your insurance company will not pay a certain amount and they want the rest of it. They are prohibited from that."

Balber said facilities can either bill the patient's insurance company, or the federal government if the patient doesn't have insurance.

She said in some cases, billing offices could be making genuine errors. But in other cases, she believes facilities are knowingly charging consumers for the free shot.

"To squeeze an extra dime out of consumers in unconscionable," Balber said.

Lawson said Alliance wasn't budging on his bill, so the I-Team reached out to get answers.

In a statement, the facility said, in part, "Mr. Lawson was seen at our office for a vaccine and gave us an invalid Medicare number. So the system generated him a bill."

"If your health insurance card doesn't go through, if your Medicare card is expired... There's no circumstance where they can charge you," he said.

The facility told the I-Team that they decided to clear Lawson's balance because "our intention is to vaccinate Chicagoans so we can get our city back to normal... We have been vaccinating thousands of people and never had any issues with any of our patients."

Lawson questions what would have happened if he didn't speak up and fight the bill.

"I'm thinking to myself, I wonder how many people got this bill and just paid it," he said. "You're making a lot of money if you get 100 people to pay it."

The U.S. Department of Health and Human Services says if you receive a bill for your COVID vaccine, do not pay it. And if your medical facility does not relieve you of the bill, they want you to report it.