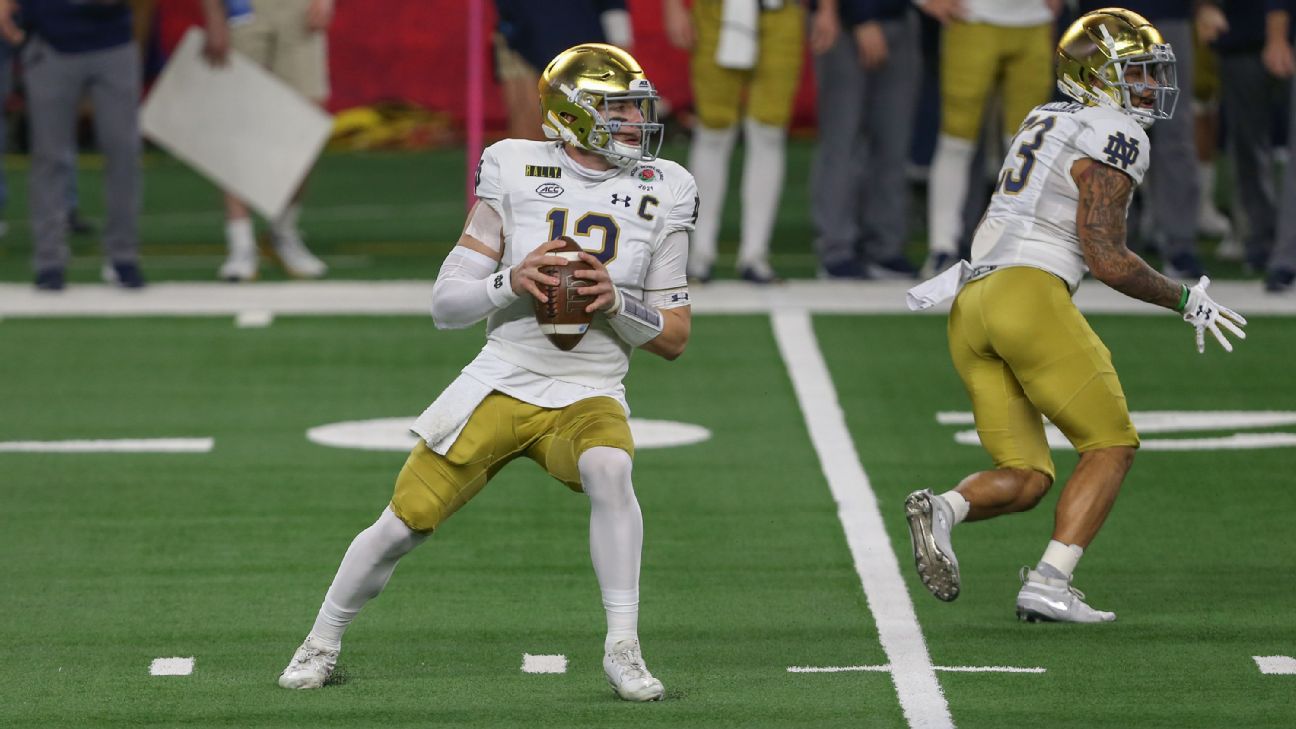 METAIRIE, La. -- The New Orleans Saints added another potential successor to Drew Brees by selectingNotre Damequarterback Ian Bookwith the 133rd overall pick in Round 4 of the NFL draft on Saturday.

Like Brees himself, Book will have to overcome the stigma of being just 6 feet tall to succeed in the NFL. But Book went 30-5 as a starter at Notre Dame -- the most such victories in the school's storied history.


"That's just been the story my whole entire life," Book said of his height. "I've always had a chip on my shoulder. You know I'm not getting any taller. And Drew Brees has been able to do it; there's many other quarterbacks you can go down the list that have been able to do it.

"We're different players, but we're similar in stature. And [Brees] proved to everybody down there and in the world that he could do it. And I want to do the same thing, and I just feel like I fit in that system well. You know, those are big shoes to fill; there's no doubt about it. But that's an exciting challenge for me."

Saints coach Sean Payton and general manager Mickey Loomis both insisted that the QB position was "not a must" in this year's draft because they are high on the potential of veterans Jameis Winston and Taysom Hill. However, Payton has said for years that the Saints are "in the quarterback business" until the position is locked down long term. And both Winston and Hill are scheduled to be free agents after this season.

The last time the Saints drafted a quarterback was 2015, when they selected Garrett Grayson in Round 3.

"I don't think we treated this year differently because Drew had retired. I really believe that we had a real good grade on a player that matched right where we were in the process, and it fit," said Payton, who added that the Saints don't view Book as a versatile passer/runner in the mold of Hill. "We saw someone who was accurate, who threw the ball on time, who led his team to a lot of wins. He's been successful; we saw someone who was very competitive. Those were some important things that we valued."

Payton dropped a clue of his interest in Book when he was a guest on "The Dan Patrick Show" in March. Payton was a standout quarterback at Eastern Illinois. And when Patrick asked Payton which current QB reminded him of his playing style, Payton said, "That kid at Notre Dame is pretty scrappy. He's pretty interesting to watch on tape."


However, when asked about that statement on Saturday evening, Payton cracked, "I can't remember even making that comment. He doesn't remind me of me. I wouldn't have drafted me."

ESPN draft analysts Todd McShay and Mel Kiper Jr. said his accuracy has been inconsistent. But McShay said, "I love the way he plays the game ... the energy he brings" and that Book is at his best when plays break down.

"He loves taking off and running. He has great sense in the pocket of where the rush is coming and how to elude the rush, and then he throws really well on the run," McShay said.

ESPN analyst Louis Riddick added that Book landed in the perfect offense because he is one of the best timing passers in this year's draft -- and that's what the Saints have done well over the years with quarterbacks such as Brees and Teddy Bridgewater, rather than relying on deep passes. 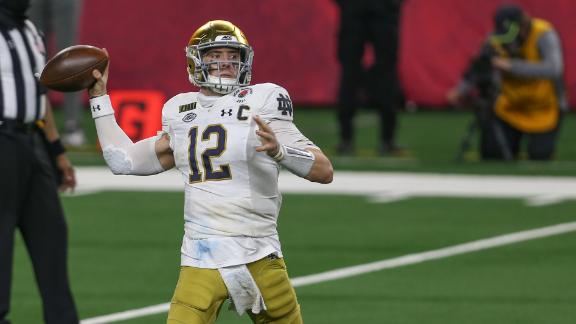