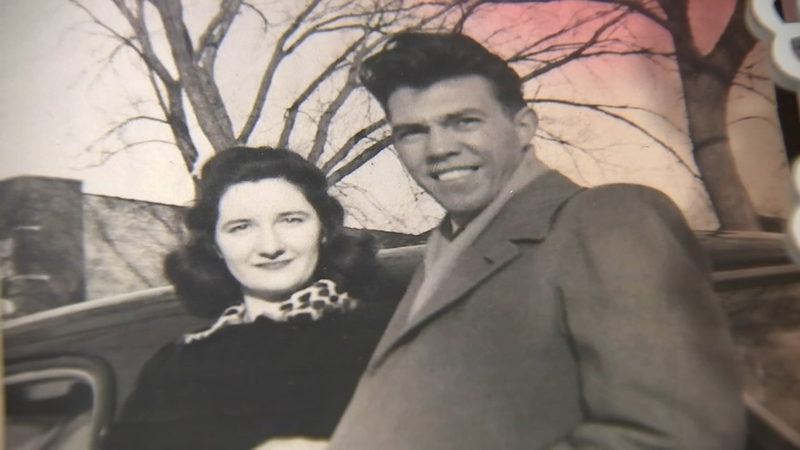 OAK PARK, Ill. -- "We will be so happy when we are together again. I love you so Bernie and I always will."

Kathleen Kincanon Nosek and her sister read a letter penned by their mother Mary to their father Bernie in 1944 while he was overseas during World War II.

It is one of 99 letters Kathleen unearthed a few years ago while helping her mother move out of her family home but Mary Kincanon had one request.

"She said you can read them when I'm gone and I said ok and I stuffed them back where they were," said Kincanon Nosek.

For years after Mary Kincanon died in 2013, her five children agreed to read the letters, most begin with the word "darling."

"We were reading these words that were jumping off the pages and we were like oh my god this is my dad and it still makes me emotional," said Kincanon Nosek.

"They were real sweet with each other, that was amazing because we never saw that," said eldest son Michael Kincanon.

The Kincanon children say the letters not only showed an emotional side of their parents they didn't know about, but also the hardship of war.

Bernie met Mary in 1942 when he was a a Major League Baseball pitcher. The couple fell hard for each other before marrying in 1944. Bernie joined the army and was sent overseas.

"I can't tell you his much, I miss being with you and especially now when you need me," he wrote.

Kathleen reads the last letter her father sent her mother three days before he was taken prisoner of war by the Germans during the Battle of the Bulge.

Mary was pregnant with her first child, Michael, thankfully Bernie made it home a few months later. He lived long enough to celebrate their 50th wedding anniversary before passing away 21 years ago.

Kathleen has taken the 99 letters and turned them into a book appropriately titled, "My Darling."

"I think Dad and Mom would be very proud of it, they had a love story and it deserves to be told," said Kincanon Nosek.