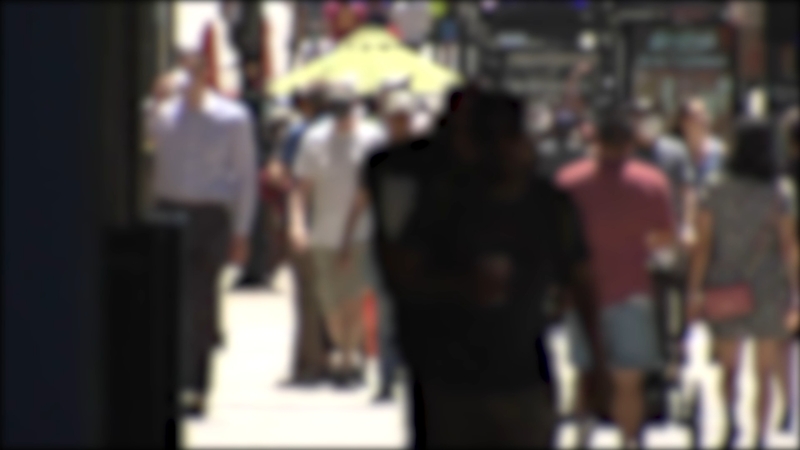 Black lives are shorter in Chicago, according to new report

CHICAGO (WLS) -- The life expectancy gap in Chicago was growing even before COVID-19, according to a new report released today by the Chicago Department of Public Health.

"We want to acknowledge that racism plays a part in this," said Yaa Simpson, an epidemiologist with the health department. "Racism isn't a factor that we're able to measure so we are using proxies like life expectancy,"

Black lives are shorter in the city. On average in 2017 Blacks in the city lived 71.4 years, while non-Blacks lived 80.6 years.

The report listed the factors of the gap as chronic diseases, homicides, infant mortality, HIV, flu and other infections and opioid overdoses.

The diabetes-related death rate among Black Chicagoans was about 70% higher than non-Blacks.

Black infants were almost 3 times as likely to die in their first year of life than non-Blacks.

Blacks accounted for nearly half of the people living with HIV in 2017.

And the homicide rate was 9 times higher that year.

"I think our goal with this report is to shine a light on a problem that we know exist here in the City of Chicago. We know that there is health disparities," said Blair Aikens, an epidemiologist with the health department.

Five Black women at the city's health department worked on the report. They described it as a call to action to address the root causes of the health outcomes for Blacks in the city.

"We need to have better funding for the elements that help health improve for us," Simpson said. "We definitely have to have people talking about this topic."

CDPH plans to head out the report to community members and groups.