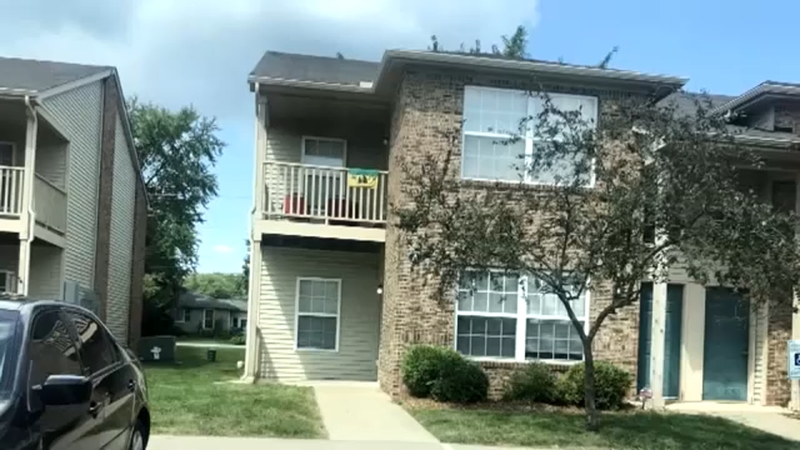 SOUTH BEND-ELKHART, Ind. -- A woman in Indiana is accused in the gruesome murder of her kid's father.

Not only is Thessalonica Allen accused of killing her husband before chopping up his body and putting it in bags, but police said she also asked her two children to help.

According to court documents obtained by WSBT, Allen shot her husband, Randy Allen, inside this LaPorte, Indiana apartment last Tuesday.

According to investigators, she then cut off his legs, stuffed him into a bag and had plans to put him in his car and light it on fire.

"This is unbelievable," said neighbor Benjamin Wilson. "Um, we just never thought something like this would happen in LaPorte."

Allen allegedly told police that Randy choked and attacked her, which is why she shot him.

The two children, who were home at the time, told police they heard a loud bang and saw their father laying on the ground asking them to call 911, but their mother told them not to.

Police said she then put his body in her daughter's closet.

Investigators said Allen woke up her kids in the middle of the night and asked them to help carry his body out of the closet and put it into the car. Court documents also show they tried several times, but said he was too heavy.

The next day, Allen used an ax to cut off Randy's legs and had her children help put him into a bag and clean up the crime scene.

Her husband's family is beside themselves.

"We're devastated," said Randy's sister, Sharon Colmen. "This was a senseless murder that didn't have to happen."

"When I was told, I just started screaming, I lost it," added Randy's aunt, Patricia Blanton. "Can't imagine what the kids are going through."

When police searched the apartment, along with his body, they found a handwritten to do list. It included things like spray [expletive] in face, hit him in knee with a hammer, hit him with a hammer and stab him, roll up body in sheets and plastic bags.

"This is killing me, it's killing me," said the victim's mother, Theresa Tyler. "We don't have that kind of stuff in our family. We love each other. We're close."

The autopsy found that the bullet entered Randy's spinal cord area, and he was likely not able to move and bled to death.

Allen is set to be in court for her initial hearing on Friday.