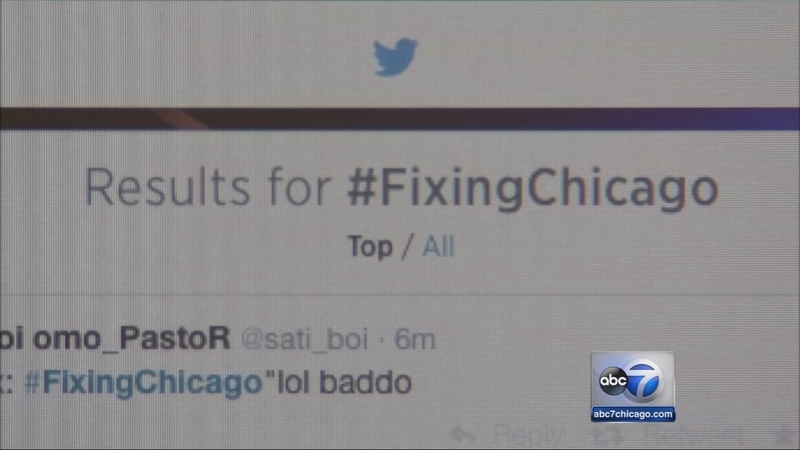 "People may say we've had summits before," National Action Network Illinois Chair Reverend Gregory Livingston said. "But it's like treating a cold or like treating some kind of virus. Even if you treat it once - doesn't mean you don't keep trying to treat it."

A new hashtag is trending on Twitter and generating lots of talk. #FixingChicago came about through social media activists and is devoted to ideas to help curb violence in Chicago.

WVON Radio Show Host Matt McGill is one of the top urban voices involved in Mayor Rahm Emanuel's "Put the Guns Down" prevention campaign. On the air, he's urging young people to make better choices. McGill hopes it's making a difference, and that #FixingChicago will help.

"I think what is going to spark more solutions is when politicians feel the pressure of the people, of the public. Social media can help apply that pressure," McGill said. "So if this hashtag applies that pressure, then you'll see results."

The tweets tagged with #FixingChicago include a wide mix of thoughts and ideas. Some said it's time to call in the National Guard; others talk about funding for schools and after school programs.

"There must be some domestic plan to reinvest and reconstruction where we live," Jackson said.

Mayor Emanuel said a comprehensive plan is in place, but needs everyone's involvement.

"It's about policing, it's about prevention, it's about penalties associated with gun violence," Emanuel said. "It's also about parenting and community. Parents need to teach kids right from wrong and raise them with a sense of what's appropriate and inappropriate. Communities have to live by a moral code and not a code of silence."

Logan Square residents and local police met for a community meeting on Wednesday. Officials said community policing in the neighborhood has led to a 10 percent drop in crime.

"It definitely helps us because we can't be everywhere all the time. It gives us the eyes that we need," 14th District Commander Francis Valadez said. "I stress to them - I don't want them to do our job. We want their help so we can do our job."

"It's so important that people work together," Logan Square resident Linnea Blomgren said. That's the most important thing. We cannot do it on our own."

Emanuel also called on Washington lawmakers to reset their priorities to care for the most vulnerable to urban violence.

"This has been a long time where they have stopped investing in our children," Emanuel said. "They need to invest in our kids."

The ABC7 I-Team learned of a new committee forming in Springfield that is going to try and help stop the gun violence in Chicago. The bipartisan legislative committee hopes to toughen gun sentencing laws. The plan to convene sometime next week.