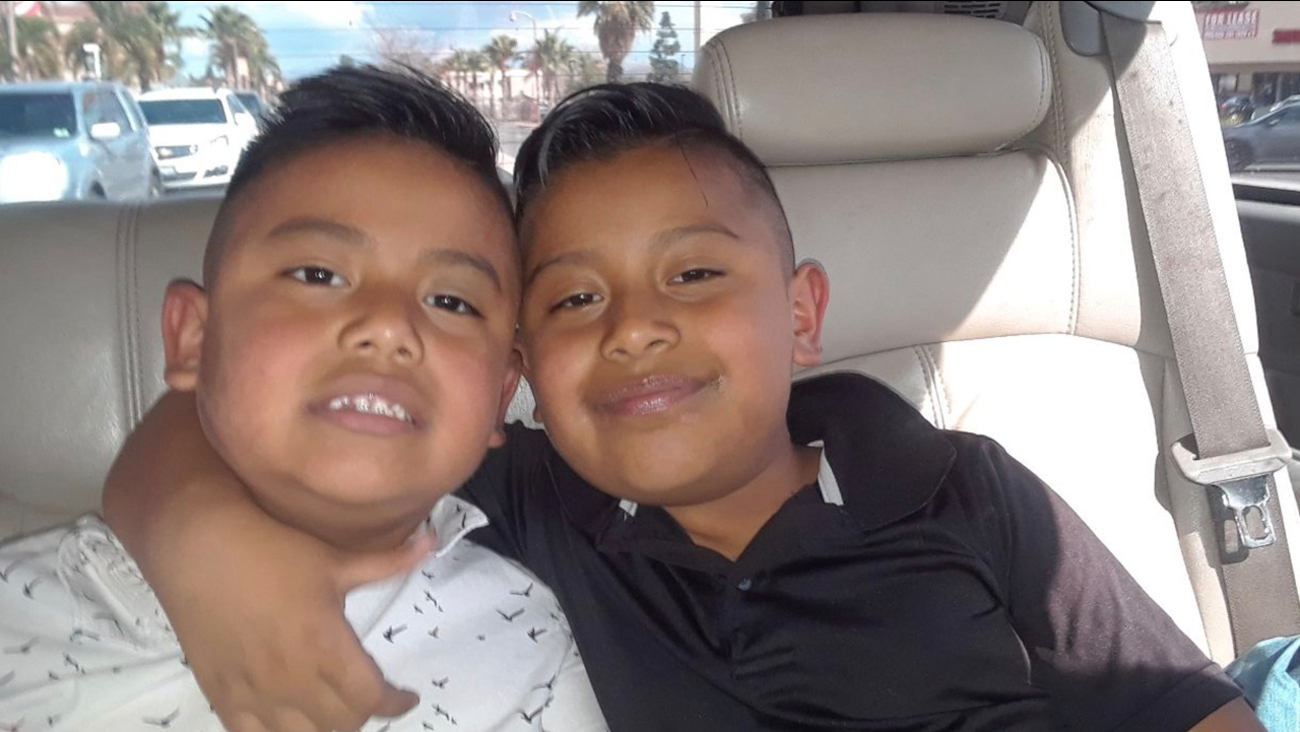 MEAD VALLEY, Calif. -- Two young brothers have been publicly identified after being killed while riding in a car that was struck head-on by a vehicle that was street racing in Mead Valley.

The Riverside County Coroner's Office released the names of 6-year-old Dominic Gonzalez and 8-year-old Antonio "Tony" Gonzalez, who both lived in Perris.

The head-on crash happened early Tuesday evening near Oakwood and Brown streets, according to the California Highway Patrol. The boys were pronounced dead at the scene and their older brother, who was driving a Nissan Versa, was hospitalized. He was later released.

Dominick Gonzalez, 6 yrs old and Antonio Gonzalez, 8 yrs old (brothers) were both killed when the car they were riding in was struck by a car believed to be street racing. That suspect driver is in custody, but the driver he was racing got away. Latest info on @ABC7 at 11am pic.twitter.com/fFUBmqdDGI

The driver of the other vehicle, a Honda Accord, suffered moderate injuries and was also transported to a hospital. That motorist was arrested on suspicion of vehicular manslaughter.

The second street-racing suspect, who was behind the wheel of a black 2005 Nissan Altima, stopped momentarily before driving away from the crash site.

According to the CHP, the race began shortly after the two suspects stopped alongside each other at the intersection about 5:39 p.m. The drivers gunned their engines and sped toward a crest in the road; one of them was on the wrong side of the street and could not see the victims' oncoming car until it was too late, investigators said.

The front ends of the Versa and Honda were severely mangled upon impact.

After the collision, the innocent driver was seen crying on the side of the road as family members tried to console him. Relatives said he and his two younger brothers, Dominic and Antonio, had been on their way to pick up two sisters from an after-school program.

Mourners on Wednesday added to a makeshift memorial at the scene, where grieving members of the Gonzalez family were joined by Pastor Israel Carlos.

"They're a Christian family," Carlos said. "They were great kids, just 6 and 8 years old.

"They're just a great family, from Guatemala, originally," the pastor added. "They're very heartbroken, as you can imagine. They're just asking for prayers, support from the community. In the days ahead it's going to be extremely difficult." 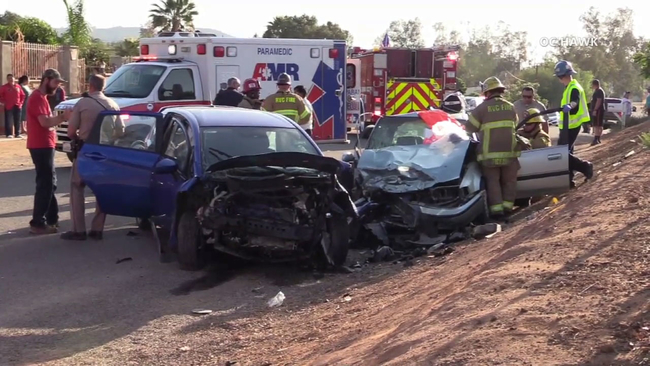