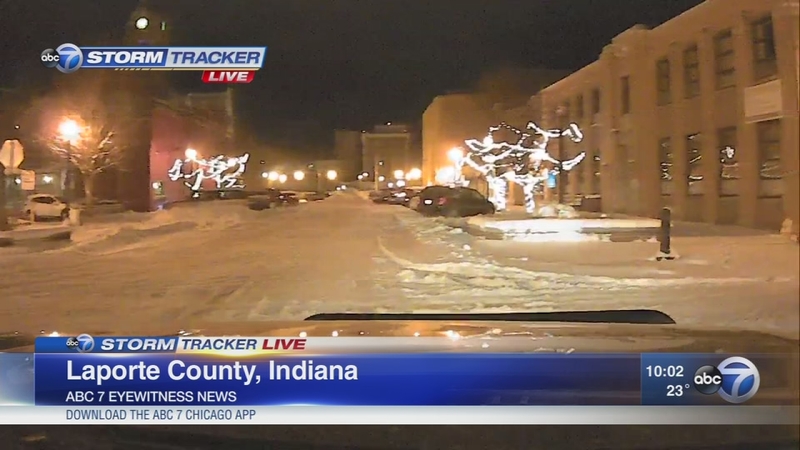 CHICAGO (WLS) -- Icy roads made for a treacherous drive Friday night and Saturday morning across the Chicago area.

Firefighters and police responded to several crashes on I-90 in Hoffman Estates and Schaumburg.

In one case, two cars collided head on I-90 near Roselle Road. Five people were rushed to hospitals with minor injuries.

First responders say the slick roads are also slowing them down as they try to get to emergency calls.

The ABC7 StormTracker checked out conditions on I-80 in Hazel Crest, where the roadway was not snow covered but was slick. While the StormTracker was heading south on I-57 near Sibley Boulevard when it came across a car that had spun out after hitting a slick spot on the roadway. State troopers responded and towed the car to the side of the roadway. The ABC7 Stormtracker encountered snow covered roads while traveling eastbound on U.S. 20 in Porter County.

Chicago Streets and Sanitation deployed a full force of plows to keep roads clear. More than 200 snow plows from the fleet spread salt across the city's arterial routes and Lake Shore Drive.

Much of the Chicago area has seen from half an inch to an inch of snow, which is expected to taper off around mid-morning Saturday. Midway received .6 inches of snow and .5 inches of snow in O'Hare and Oak Lawn.

During the day and early evening on Saturday, lake effect snow in northwest Indiana could produce three to seven inches of snow. In Indiana, a Winter Storm Warning is in effect until 9 p.m. in Porter County and LaPorte, St. Joseph, Starke and Marshall counties until 11 p.m. 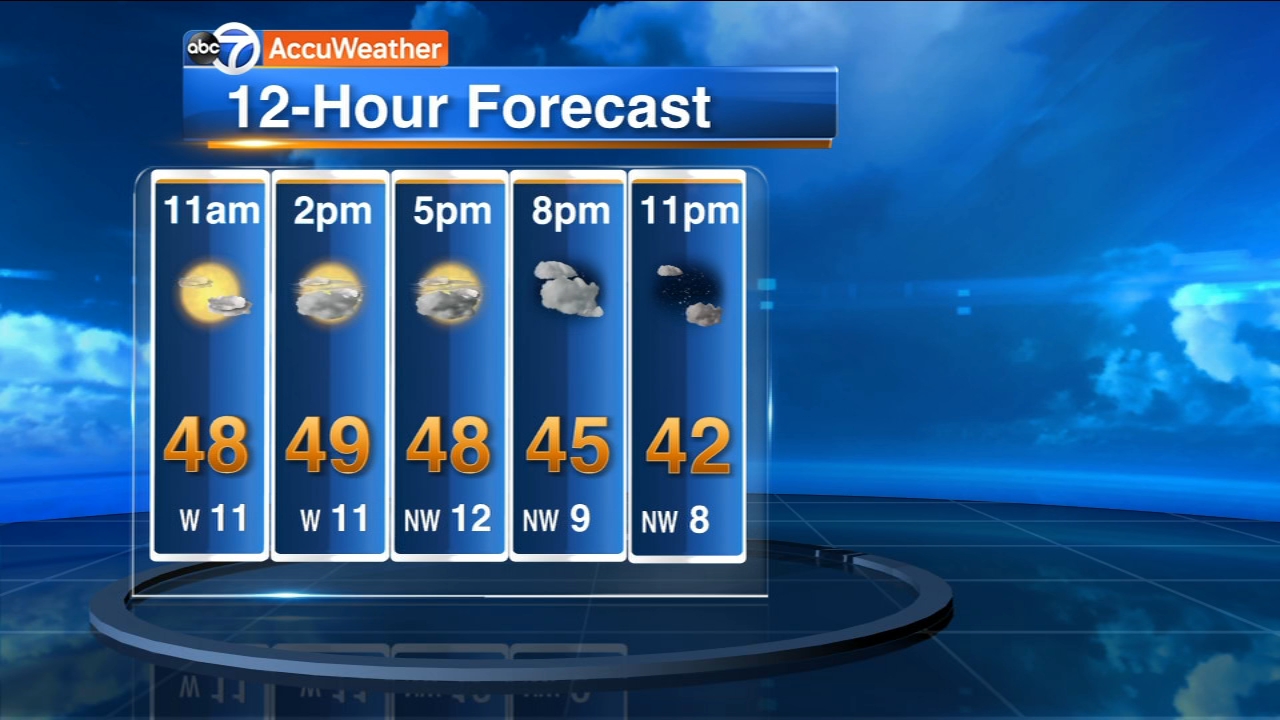 ABC7 AccuWeather Forecast
Cooler and mostly cloudy with a chance of sprinkles Wednesday. Highs in the upper 40s.

With all the snow, drivers are being urged to be careful as they head out Saturday.