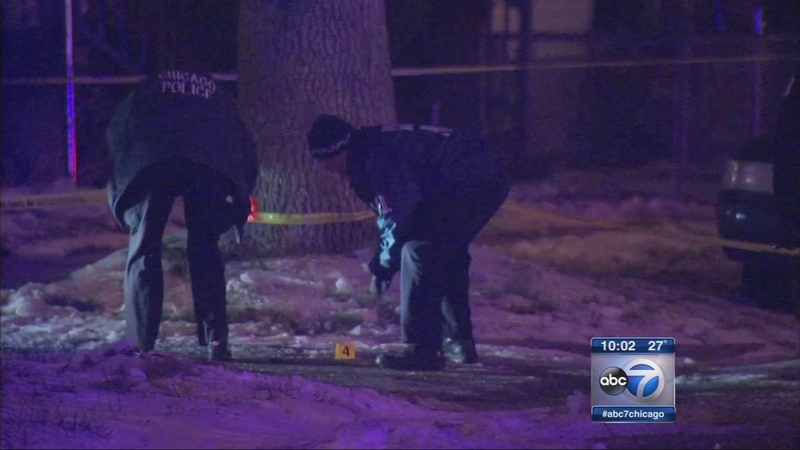 CHICAGO (WLS) -- Two teenagers were killed and one was injured in a drive-by shooting in the Grand Crossing neighborhood, police said.

According to police, the teens were standing on the corner of 76th and Dorchester around 3:30 p.m. when a car pulled up and someone fired shots at the group.

A 16-year-old boy was shot in the head and a 17-year-old girl was shot in the chest, police said. Both were taken to Advocate Christ Medical Center in critical condition, where they later died. The medical examiner has not yet released their names.

"I got up, and I looked down the street, and I saw her laying there. The girl. I didn't know nobody else had got shot, and I just her. I saw she laying there and ain't nobody there to help her," said Versie Blissit, who lives near the shooting scene.

Another 16-year-old boy was shot in the hand. He was taken to St. Bernard Hospital, where his condition has stabilized.

Detectives interviewed witnesses and combed the block for evidence Tuesday night. Neighbors said they heard at least half a dozen shots.

The motive for the shooting is unclear. Police said the male victims had gang ties.

"Well, there's been a war over here. A war on the South Side and Grand Crossing," said Willie J.R. Fleming, a community activist. "They're coming through, and they're just shooting people."