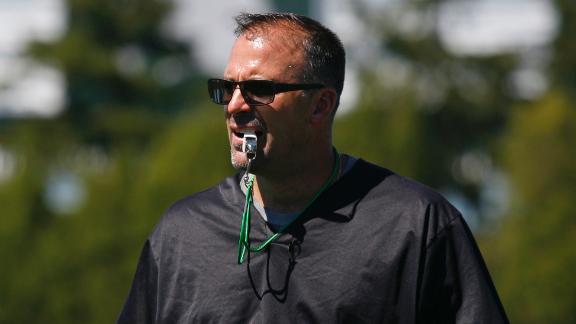 The Pittsburgh Panthers have finalized an agreement with Michigan State defensive coordinator Pat Narduzzi to be their next football coach, a source told ESPN.com on Wednesday.

Narduzzi has coached some of the nation's most productive, physical, blue-collar defenses over the past eight seasons under Spartans head coach Mark Dantonio.

The Spartans ranked first in the Big Ten and in the top 10 of FBS in total defense and rushing defense for three consecutive seasons under the 48-year-old Narduzzi, who won the Broyles Award in 2013 as the nation's top assistant coach.

Michigan State has also consistently led or been among the nation's leaders in turnover margin under Narduzzi's watch.

The hiring would be a homecoming of sorts for Narduzzi. His father Bill coached at Youngstown State from 1965-75. Narduzzi inherits a program coming off a fourth straight 6-6 regular season.

"I was an offensive player, so I always went against him in college. But when I watched him react to his defense, I know that our players loved him. They just loved playing for him. He's an overall great guy, a player's coach," he said.

Bell said he's happy Narduzzi will be coaching in the same city as him.

"So, it's crazy that he's going to be right across the street [hallway] from me. I'm just glad I'll be able to reunite with him, so I can support him and he'll support me again," he said.

Narduzzi will replace Paul Chryst, who left for the Wisconsin job earlier this month.

ESPN.com Steelers reporter Scott Brown and The Associated Press contributed to this report.

Who will be 1st to get COVID-19 vaccine? Health officials discuss rollout, travel order