Can new coach James Wade instill a new culture for the Chicago Sky? 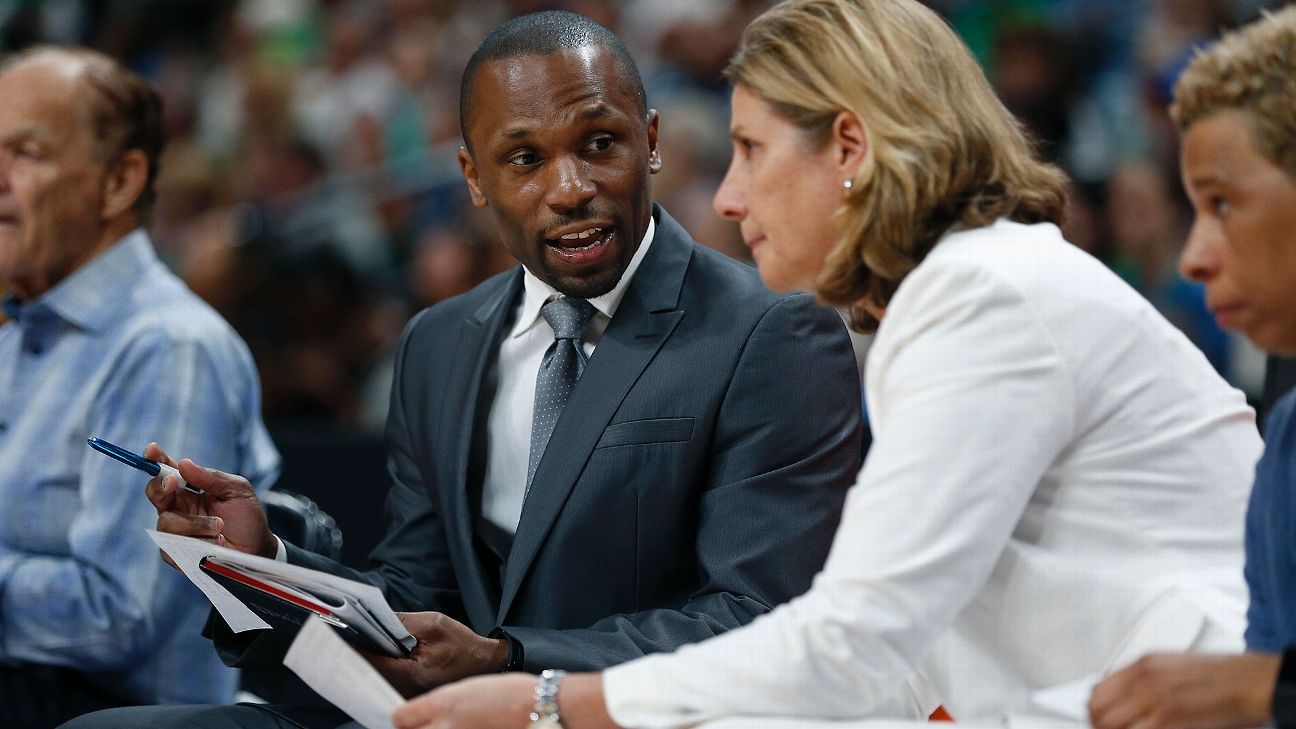 James Wade went through a whirlwind this past week: He was introduced as the Chicago Sky's new head coach and general manager, he met people in the organization, and he did rounds of media interviews. Last weekend, he went back to Russia and his role as assistant coach for UMMC Ekaterinburg. But the wheels in his mind will keep spinning about the Sky.

"It's been a lot," Wade said. "Kind of figuring out how things will go and getting the lay of the land."

His predecessor, Amber Stocks, had just two seasons with the Sky, going a combined 25-43 and missing the playoffs both years before being let go.

Making the playoffs is a major mission for Wade, who spent the past two years as an assistant at Minnesota. So is defense, which the Sky were bad at for the last four seasons, in particular, under two different coaches.

Now the Sky have a new coach/GM, a new logo and an almost-new home: Wintrust Arena, which opened in 2017 and was where the Sky played their first season this past summer.

The question is: Will the Sky now have a new ...

Ah, there's that word that's about to come up: culture. What does it really mean? It gets used mainly about teams where everything is going well, or at least appears headed in the right direction. Or it can get used regarding teams that are clearly broken, where the culture needs to be fixed or completely overhauled.

The Sky seem to be in a space in between, which will be one of Wade's challenges. The franchise's worst record came in its first season, 2006, when Chicago went 5-29. The Sky have had at least double-digit win totals every season since. They didn't make the playoffs their first seven seasons, but have reached the postseason four of the past six years. They've never had a No. 1 draft pick. It has almost been a case in which the Sky have not been quite good enough or bad enough (or lucky enough with the lottery) to take a really big step forward, although they have one WNBA Finals appearance.

This is a franchise that has lost its two best players because both insisted on trades and were willing to force the issue. That's something Wade didn't have to face in Minnesota.

The Lynx turned themselves into a destination franchise, a place where players wanted to come and then stayed once they were there. The Lynx's four titles reflect enormous talent, of course, but also a shared purpose among the players that was part of their everyday routine.

That's what Wade will be working to build with the Sky, too, although it's far easier said than done. With five players on the 2018 Sky roster, including rookies Diamond DeShields and Gabby Williams, under contract for 2019 and the rest to be determined, there are some personnel decisions to be made. Courtney Vandersloot, who led the WNBA in assists and who Wade feels is the best point guard in the league, is a key player he expects back.

As Wade pointed out, the WNBA's salary structure doesn't allow for quick and dramatic roster overhauls. And the Sky don't necessarily need that anyway. He'll make some changes, and the Sky will see how they do in the draft, which for them includes the No. 4 overall pick. But Wade knows there have to be some philosophy adjustments and specific work done with individual players for the Sky to reach their 2019 goal of making the playoffs.

In 2018, the Sky ranked last in the league in points allowed per game (90.1) and defensive rating (109.4). Improving those numbers might mean some personnel changes, but also scheme adjustments. Wade points to his work as an assistant at San Antonio and Minnesota as evidence he can improve the Sky's defense.

He will be in the Sky's sixth coach since the franchise launched in 2006. The first two, Dave Cowens and Bo Overton, each lasted just one season. Steven Key was coach for three years. Pokey Chatman was in charge for six years, including the 2014 Finals run despite having a losing record that regular season.

In 2015, Chicago center Sylvia Fowles, the No. 2 overall draft pick in 2008, sat out until the Sky traded her to the Lynx. She wanted to join Minnesota. Fowles wanted a WNBA title, but also to be part of what she saw as a franchise where everyone was on the same page and players were happy with pretty much all aspects of management.

Then after the 2016 season, another No. 2 overall pick, Elena Delle Donne, made it clear she wanted out of Chicago, and got a trade to Washington, closer to her home in Delaware. Desire to be closer to her family played a part in that, but it seemed she wasn't on board with the Sky as an organization, either.

Fowles and Delle Donne are Olympians who've won the WNBA MVP award; they are in that top tier of players that are extremely hard to even try to replace. Wade worked closely in Minnesota with Fowles in 2017 -- when she won her MVP -- and in 2018. Did they talk about Chicago's issues before Wade took the Sky job?

"Me and Sylvia became really close while I was there, and we discussed a lot of things," Wade said. "So, yeah, we talked about it. I'm pretty in the loop on everything.