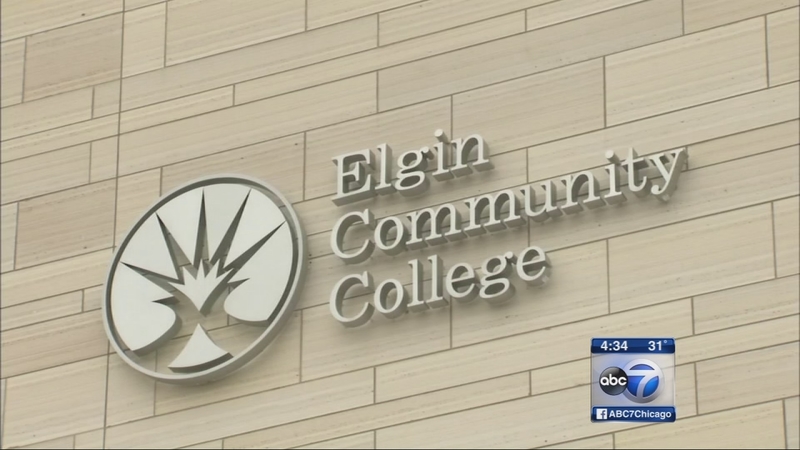 CAROL STREAM, Ill. (WLS) -- Health officials are now reporting 11 people in Illinois have been diagnosed with measles, including one case in Chicago and 10 in suburban Cook County.

The Cook County Dept. of Public Health said the most recent case involves an infant associated with the cluster of cases at the Palatine KinderCare. Officials said eight other infants and one adult from the day care have been diagnosed.

Health officials have identified three places in DuPage County and one in Kane County where people may have been exposed to the measles virus.

Health officials said a therapist at Hand and Stone Massage and Facial Spa, located on Army Trail Road, in Carol Stream though she had the flu, but when she broke out with a rash discovered it may be the measles. Her bosses called the health department.

"We provided them with the names of the clients that potentially had exposure and the employees as well. And they went out and reached out to each one of those individuals," Mike Lieske, owner of the spa, said.

He said his employee is recovering at home.

"She's actually doing really well. I talked to her this morning. She only has a little bit of a headache. The rash is gone. She's doing really good," he said.

Health officials also called employees at the neighboring Jewel-Osco who may have come in contact with the therapist on Friday afternoon when she went to the store. Jewel-Osco encouraged its employees to get vaccinated.

"The MMR vaccine is safe and highly effective and it's our best way to help break the transmission of disease. We strongly urge individuals to check their status, make sure they're up to date, check their records, check (with) the doctor to be sure. Better to get the vaccine if they think they had it, had the disease. Ask their doctor for a blood test or go ahead and get the vaccine," Dr. Rashmi Chugh said.

"I'm just glad I'm vaccinated and I hope the majority of people here are vaccinated. I don't want that spreading everywhere else in the local schools and stuff," said Giovanni Esparza, a Jewel shopper.

Lieske said the spa has been scrubbed down and is open for clients. The measles virus can live on surfaces for only two hours, so health officials said the spa is safe for customers.

The third location in DuPage County where officials said people could have been exposed to the measles virus is Advanced Pediatrics Neonatal Medicine in Bloomingdale. One of the children who was diagnosed with measles after attending KinderCare in Palatine was treated there at the end of January for a cough and runny nose.

In neighboring Kane County, a student at Elgin Community College was diagnosed with measles on Monday. The college informed its students and staff on Tuesday.

"The student was on campus on Tuesday and Thursday of last week. The student went to their classes and also came here to the library. We have notified all those who may have come in contact with the student," Toya Webb, Elgin Community College, said.

"As a student that's vaccinated, I'm not particularly concerned for myself. But where my real concern lies is with students who aren't vaccinated for whatever reason that may be," student Richard Gonigan said.