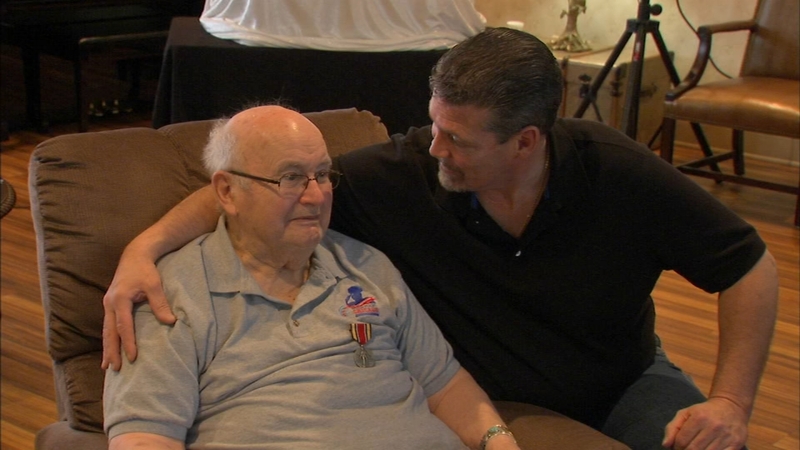 ELGIN, Ill. (WLS) -- A World War II veteran who has always spoke proudly of his service finally received his victory medals on Sunday - more than 70 years after he earned them.

Eugene Termini, 92 was honorably discharged from the Coast Guard, but without receiving the medals for an unknown reason. He served in the Coast Guard on the USS Key West in the Pacific when he was 17 and 18.

With the help of a color guard and commander from the American Legion, family, community members and fellow residents from the Vines Senior Home in Elgin witnessed him get his medals on Sunday.

He received five medals honoring his service and the allied forces victory.

He signed up immediately after graduating high school, four years after Pearl Harbor and served until the war ended.

When nursing home director Cathy Vaden learned of his story, she set to work to get his medals.

"I wouldn't take no for an answer," Vaden said.

Termini's wife of 62 years, Rose, has died, but his youngest son Mark represented the family with pride and emotion.

"I'm very proud of my Dad. My Dad was my hero," said son Mark Termini.

And now that he finally has his medals, he has plans for them.