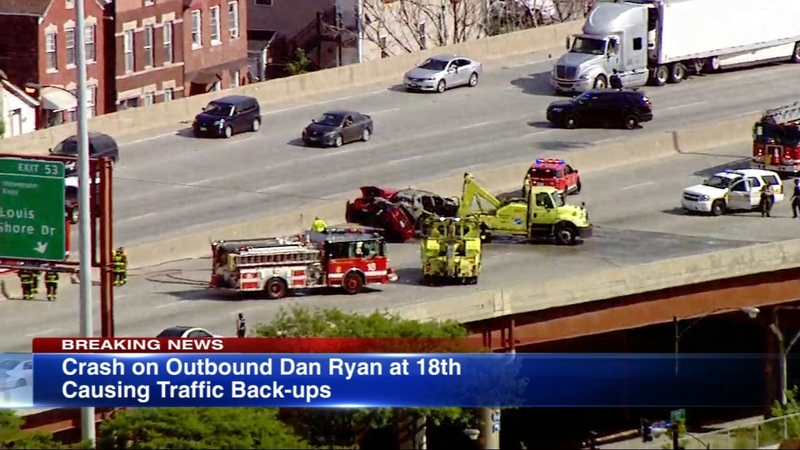 CHICAGO -- Two vehicles became fully engulfed Friday afternoon in a multi-vehicle crash that shut down the outbound Dan Ryan Expressway for over an hour on the South Side.

Five vehicles were involved in the crash that sent six people, including at least one child, to hospitals with injuries that were not life-threatening, according to preliminary information from Illinois State Police.

Firefighters and paramedics responded about 3:47 p.m. to the outbound lanes near 18th Street, state police said.

One vehicle had rolled over and became fully engulfed in flames, state police said. A second vehicle also went up in flames. The occupants of the vehicles had safely escaped.

All outbound lanes of the expressway were closed as the Chicago Fire Dept. extinguished the burning vehicles. The scene was cleared and lanes were reopened at 4:57 p.m., state police said. The cause of the crash was under investigation.