CHICAGO (WLS) -- In the midst of the corornavirus outbreak, health officials report an increase in cases of the flu in Illinois and issue a new warning in the fight against influenza.

The Illinois Department of Public Health said doctors are battling the bug at an alarming rate despite the mild temperatures.

Officials didn't hold back in characterizing this year's flu in Illinois as "widespread," in fact they said flu activity for this time of year is more than double the average it has been in the past five years.

Here are some tips to avoid the flu this year.

The Champaign region has been hit the hardest. The West Chicago region and Cook County are also not far behind holding second and third place in the state.

"The flu season this year has been pretty bad. [I've] seen a lot of cases. A lot of sick people have come in," said Dr. Bob Needleman.

Dr. Needleman has been in the Stroger ER for six years, and characterizes this flu season as a tough one - even if people have been good about getting the flu shot.

"It can be shortness of breath, it could be fever, it can be nausea and vomiting. Really a lot of different symptoms are presenting this year," he said.

The Illinois Department of Public Health reports that as of February 1, the number of people showing up at health care facilities with an influenza like illness has jumped up to nearly 7-percent of all patients versus the previous year's average of 3-percent. Those symptoms include the patient showing a temperature greater than or equal to 100F with a cough and/or sore throat.

"Flu is a serious infection and people get really sick from it, and the majority of people who get the flu are fine but there is that certain percentage that can get pretty ill," Dr. Needleman said.

He also said this year seems to be hitting younger people harder than last year as well.

At the end of January, some 2,500 young people and 200 seniors came in with flu symptoms. The same time last year, those number were just 300 in the younger group and 100 seniors.

"The coronavirus is obviously a really serious infection, something that is in the news all the time, but continue to think about the flu. The flu season is still here and might go for another couple of weeks, if not months," said Dr. Needleman.

The hospital said it is seeing more people come in wearing masks, which can be helpful but officials said you best defense is still the flu shot. Anyone can get a flu shot as long as you know you have a good immune system.
Report a correction or typo
Related topics:
health & fitnessillinoiscook countywest chicagochampaign urbanaflucoronavirusillinoisflu preventionflu season
Copyright © 2021 WLS-TV. All Rights Reserved.
FLU SEASON 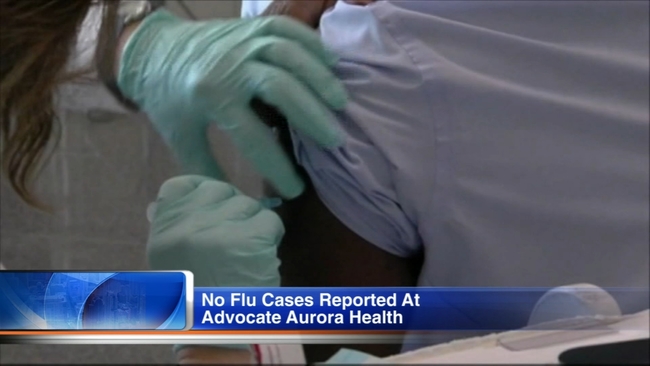