Grandfather attacked by 3 men on 606 Trail 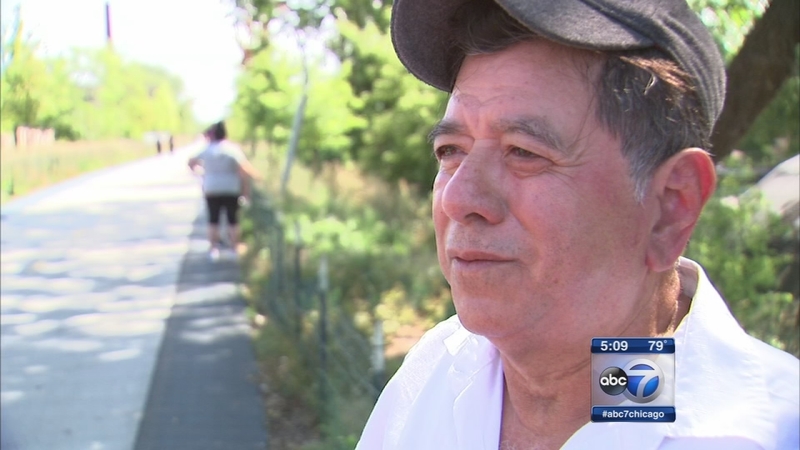 CHICAGO (WLS) -- Thieves have targeted people on the 606 Trail, including a 69-year-old grandfather who was mugged in broad daylight on Saturday.

Luis Altamirano enjoyed his morning walks on the 606 Trail, the city's new and popular walking and biking trail, until he was attacked.

At 11 a.m. Saturday, Altamirano was on the trail near Lawndale Avenue on the West Side when he was stopped by a group of three men. One of them came up behind him and struck him with a blunt, metal object.

The men took a cellphone and credit cards and then ran away. He was left on the trail with a head injury.

"I got this big ball on my head," Altamirano said.

This is the second attack on the 606 Trail in recent weeks.

Earlier this month, a 30-year-old woman was assaulted by another woman on a bike.

"I definitely want to see more security and safety for our senior citizens. They are here walking daily," Rosa Altamirano said.