Semi stuck under 63rd Street rail bridge on South Side 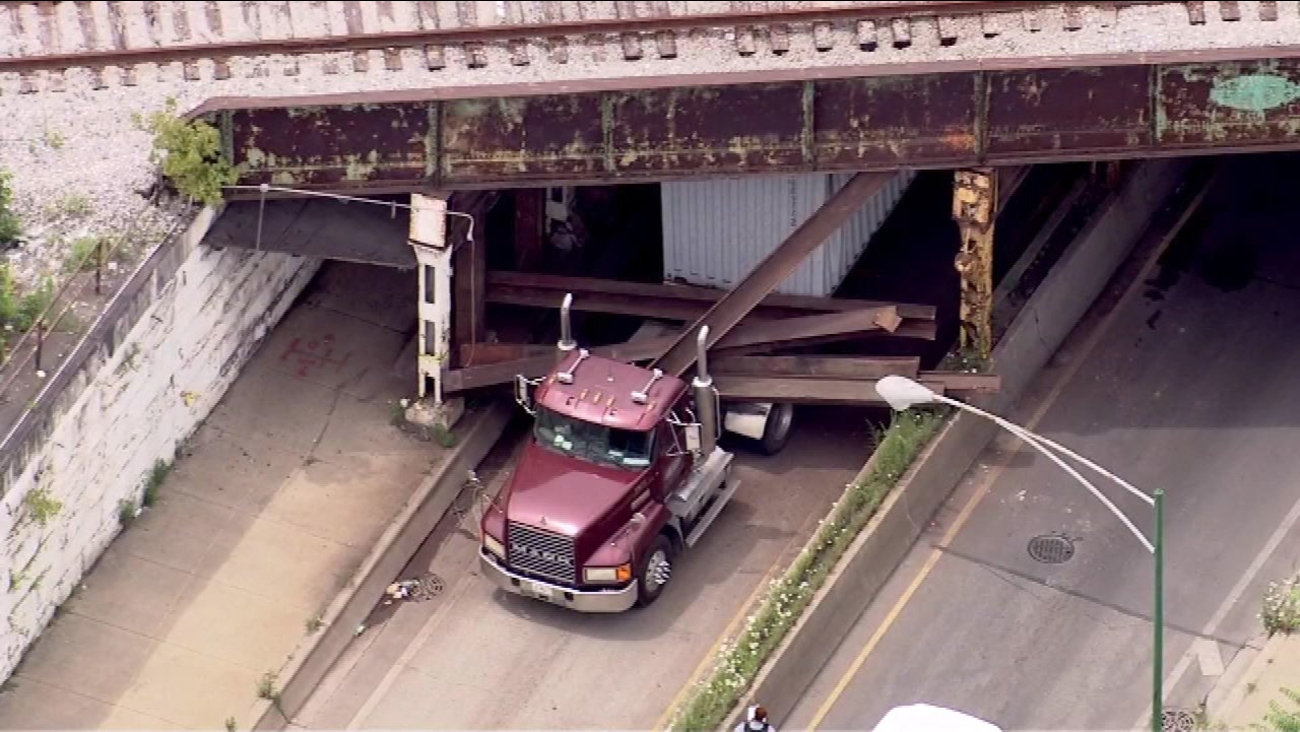 CHICAGO (WLS) -- A semi truck driver knocked out several steel girders as he passed under a railroad bridge at West 63rd Street in Chicago's Englewood neighborhood, a spokesperson from Norfolk Southern Corp. said.

The spokesperson said the container being hauled was too tall to fit under the bridge, which is operated by Norfolk Southern.

Officials said 63rd will be closed to traffic between South State Street and South Wentworth Avenue until crews remove the debris and engineers assess the damage. Norfolk Southern employees were on site as of 1:30 p.m. Thursday.