72-year-old man hospitalized in Chicago after being bound, beaten on Emirates flight 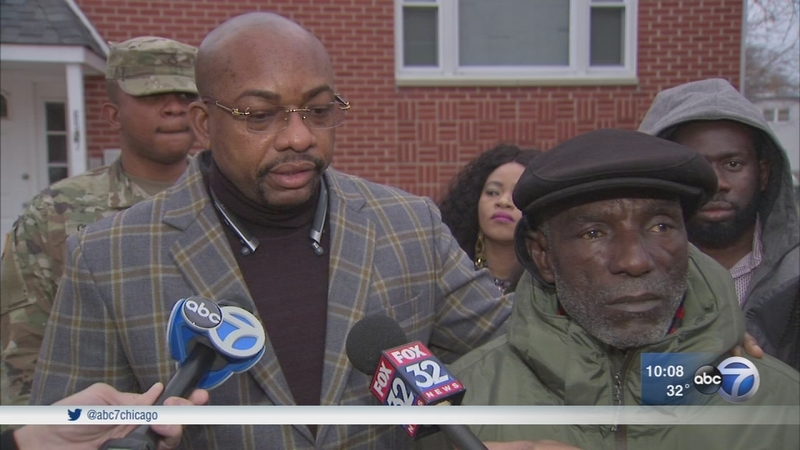 CHICAGO (WLS) -- A 72-year-old man who said he was bound and beaten on an international flight to Chicago spoke out for the first time Sunday.

David Ukesone said he is still recovering from injuries sustained during that flight.

The Emirates flight from Nigeria to Chicago was Ukesone's first flight. Shortly after leaving Dubai after a layover, Ukesone said he ran into a problem on the plane.

Ukesone said he was restrained for eight hours without food or water. He was taken to the hospital in an ambulance after landing.

Ukesone said he had to spend four days in the hospital for treatment, but he does not understand what happened to him or why. His relatives said Ukesone is still not himself after the incident.

The family's attorney compared Ukesone's experience to an incident in April, when a passenger was dragged off an overbooked United Airlines flight.

"We have attempted several times over the last week to reach Emirates Airlines for a response," said attorney Alex Ogoke. "We have yet to hear from them."

Ukesone's attorneys said they gathering information and intend to file a lawsuit against the airline.

An Emirates spokesperson released a statement Monday morning saying, "Emirates can confirm that a passenger on flight EK235 from Dubai to Chicago on 23 January, had to be restrained by cabin crew due to unruly behaviour during the flight. The passenger was handed over to the authorities on arrival in Chicago. The safety of our passengers and crew is of the utmost importance and will not be compromised. We would like to take this opportunity to thank the other passengers on the flight for their understanding, in particular the individuals who had assisted our crew during the flight."
Report a correction or typo
Related topics:
chicagobeatingairline
Copyright © 2021 WLS-TV. All Rights Reserved.
TOP STORIES
3 dead after Amtrak train from Chicago derails in Montana: officials
Chicago police officer shot in South Shore; 1 killed, teen wounded
Jelani Day case: Police working to ID man seen on surveillance video
8 arrested on hazing charges in VCU freshman's alcohol poisoning death
Hackers using 'zero-click' attacks to hold your phone hostage
Arlington Park closes after nearly a century
Opening night at Chicago South Asian Film Festival in South Loop
Show More
Oldest polar bear in human care in North America dies at Milwaukee zoo
Man attempts to storm cockpit, strangles attendant on JetBlue flight
Excited White Sox fans stock up at 'garage sale' charity event
Chicago Weather: Warm, breezy Sunday
$30K in rewards offered for Brian Laundrie's whereabouts
More TOP STORIES News