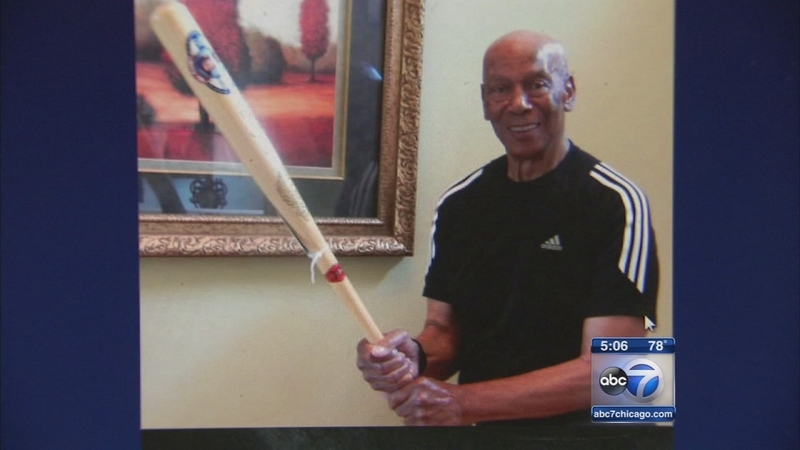 CHICAGO (WLS) -- The wife of late Cubs legend Ernie Banks will have to wait longer to find out how much the hall of famer's estate is worth.

After the death of the Cubs legend, fans can hold a part of Banks' legacy for $125 or $500. One website had been selling Banks' memorabilia for years.

And now Banks' estranged wife wants to know how much money was made off the memorabilia sales.

"We are looking for that information to make our own determination if we should request the court to bring these assets back into the estate," said Tom Jefson, attorney for Elizabeth Banks.

In court Friday, Judge James Riley ordered Regina Rice to disclose the sales records of the website as well as financial statements on a joint account and a trust fund saying the Banks family "is entitled to see that."

Rice, a longtime friend of Banks, was named as the executor of his estate.

"It's just a procedural matter. The court ordered discovery and we will comply," said Linda Chatman, attorney for Rice.

"We're happy with today's ruling. Ms. Rice will have to disclose all of this information. That's all we've asked for is full disclosure and now we expect to get it," Jefson said.

While the estimated value of those accounts and memorabilia sales were not disclosed in court, previously Rice has said Banks estate was only worth $16,000.

"The fact that estate, which is being contested, doesn't appear to have much money in it wouldn't really surprise me. They didn't make much money," said Professor Allen Sanderson, University of Chicago economist.

Sanderson says the big money for athletes is usually not with the sale of memorabilia.

He says Major Leaguers of Banks' era missed generous TV and sponsorship deals as well as the advantage of negotiating freely with other teams.

"They didn't make much money in part it's because they were on the cusp of free agency in the mid-1970s," Sanderson said.

The parties are due back in court July 24.

But Rice has 30 days to reveal those financial details requested by the court. Her attorney contends the memorabilia sales and accounts are not part of the estate.