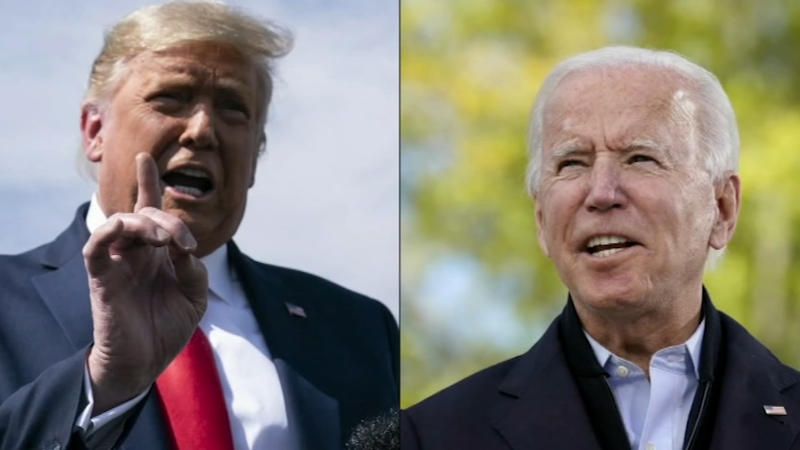 MADISON, Wis. -- Wisconsin is bracing for an Election Day unlike any other, with record numbers of votes recorded before polls opened on Tuesday and President Donald Trump planning one last campaign stop as he tries to duplicate his 2016 victory.

Voters said Monday they were nervous not only about Election Day, but about what happens next. Polls have consistently shown Democrat Joe Biden ahead in the state that Trump won by fewer than 23,000 votes in 2016.

Nearly 1.9 million Wisconsin voters cast their ballots, either by mail or in person, as of Monday morning, fueled by concerns about the coronavirus. That is nearly 42% of the voting age population and 51% of all registered voters.

On the eve of the election, the U.S. is at a crossroads, gripped by a historic pandemic that is raging anew in nearly every corner of the country, and a reckoning over race. Both campaigns insist they have a pathway to victory, though Biden's options for picking up the required 270 Electoral College votes are more plentiful. Trump is banking on a surge of enthusiasm from his most loyal supporters in addition to potential legal maneuvers.

Trump was spending the final day sprinting through five rallies, from North Carolina to Wisconsin. Beyond Ohio, Biden was devoting most of his time to Pennsylvania, where a win would leave Trump with an exceedingly narrow path.