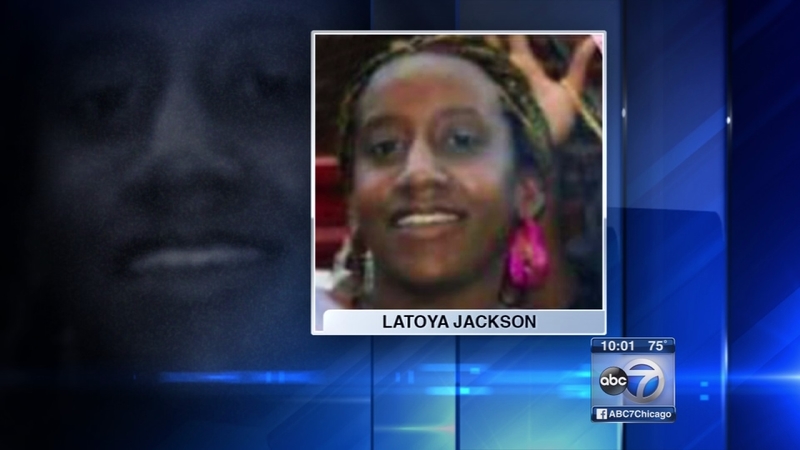 CHICAGO (WLS) -- Chicago police are investigating after the decomposing bodies of a mother and her three young children were discovered in their home on Chicago's South Side early Saturday night. Police say they had been dead for days.

A strong smell coming from the home in the 8300-block of South Drexel in the city's East Chatham neighborhood alerted neighbors to call police because they knew something was wrong.

With the light of a candle Sunday night, the memorial of stuffed animals, balloons and farewell posters became bigger on the steps of the home where the bodies of Jackson and her three sons were discovered Saturday night.

April Bussell said she was Latoya Jackson's best friend and can't believe she and her young sons are gone.

"She loved them kids," Bussell said. "That's all she had. It didn't matter if she did anything bad, she just felt like as long as she knew she was with them."

Jackson was raising her three boys on her own. She is being described as a private person who family and friends say was in an abusive relationship.

Tea lights on the sidewalk Sunday night spell out "Drew, Kam and Trel," nicknames for the boys. Friends say Andrew took on the role as a father figure to his younger brothers.

Jackson's nephew, who did not want to be identified on camera, said his aunt would do anything for her boys.

"She always had her kids with her, no matter what," he said. "Great mom. Provided for them, whatever she had to do, she did it. Sometimes times were rough, but she'd still do what she had to do to make sure her kids had food in their mouths."

Jackson recently moved into the South Side home after losing her grandmother.

While the cause of death is unknown, Bussell is convinced that an abusive relationship that she says Jackson was experiencing has something to with her death.

"I had to distance myself because it was that violent," said Bussell. "I couldn't watch her do herself like that."

Bussell said her friend had a rough life and said in the past few years Jackson had lost her mother, her grandmother and a sister.

The Cook County Medical Examiner said they will not have a cause of death until Monday when autopsies are conducted.