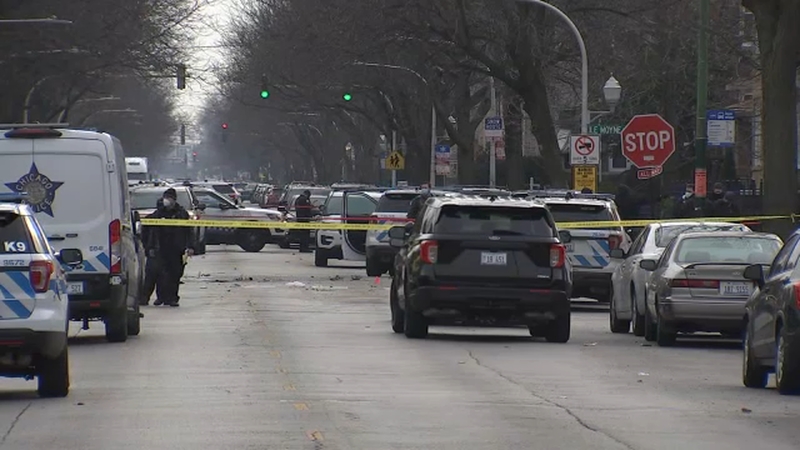 CHICAGO (WLS) -- A man was critically wounded in a shooting Friday morning in the Austin neighborhood on the West Side.

Chicago police officers intervened in the shooting and exchanged gunfire, but did not shoot anyone, a police spokesman said.

The shooting was initially reported as police-involved, but police later clarified that another shooter was involved.

Shots were fired at and by police in the 1500-block of North Laramie Avenue, Chicago police spokesman Tom Ahern said on Twitter at 12:30 p.m.

Police involved shooting. Shots fired at and by the police in the 1500 block of N. Laramie in the 25th Dist. No information re: injuries at this point. PIO in route. #ChicagoPolice pic.twitter.com/2410OUmjaG

Police said the shooter took off westbound down Le Moyne Stree and is still at large.

Officers attempted to render first aid to the victim until the paramedics arrived, according to CPD Chief of Operations Brian McDermott.

The victim was shot multiple times in the head and was taken to Stroger Hospital in critical condition, McDermott said. He was found in a vehicle.

The Civilian Office of Police Accountability is investigating use of force and the officers involved will be placed on routine 30 day administrative leave, McDermott added.

COPA is responding to an officer involved shooting that occurred in the 1500 block of N. Laramie. If you have any information regarding this incident, please contact our office at 312-746-3609 or visit https://t.co/LqABRQUFLE

The scene is still active. A community safety team and K-9 units are searching the area, police said.