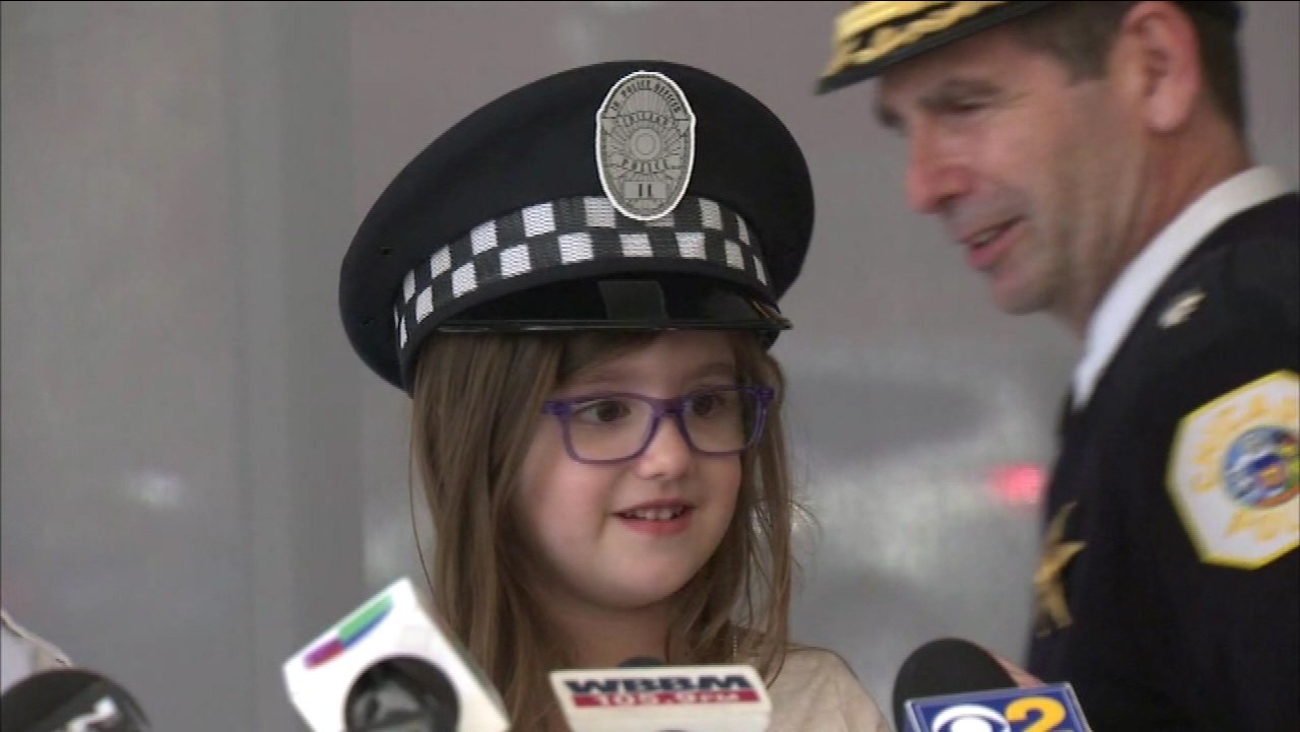 CHICAGO (WLS) -- A 4-year-old girl was honored on Wednesday for making a call that may have saved her mother's life.

Chicago police gave Aria Koval a certificate of recognition for calling 911 as her mother suffered a severe asthma attack that knocked her unconscious.

The 4-year-old was able to tell the 911 operator her address and let paramedics inside to help her mother who has since recovered.

Chicago Police are calling a four-year-old girl a hero after her 911 call from the family's Northwest side home likely saved her mother's life on Friday.

Sue Koval, Aria's mom, suffered a severe asthma attack and passed out on the floor, barely able to breathe. So Aria did what her parents taught her to do.

"I always told her, if something happens and you're here by yourself with mom, you need to call 911," said Robert Koval, Aria's father.

Koval said she was having trouble breathing. She called her husband to tell him and that's the last thing she remembered. She woke up to Chicago Police Officer Anne Belluomini and her partner on her living room floor.

"They told me she called 911 and she opened the door for them. I was just in shock. I didn't think she was capable of doing that all by herself. She's my hero," said Sue Koval, Aria's mother.

After calling 911, Aria stayed by the window watching for police to arrive. Then she walked down the stairs to let them into the upstairs unit.

"It's amazing that a 4 year-old could call 911 and be so calm and get help here for her mother. We're convinced that if she didn't do that, we don't know what would've happened to her mother. She's really a hero," said Officer Belluomini.

Aria colored a picture for the officers who revived her mother, but they said she is the one most responsible.