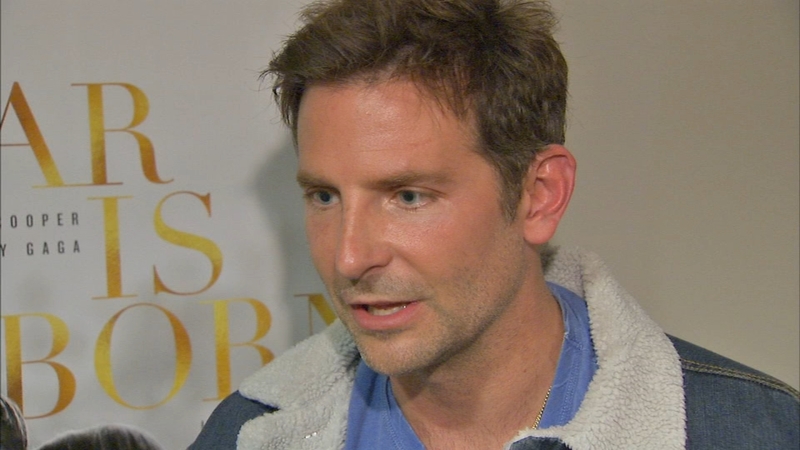 Bradley Cooper's directorial debut, "A Star Is Born", is the fourth film version of the story of a veteran musician and the aspiring artist he falls in love with. Some critics are saying it's the best of all.

Cooper wrote and starred in the film alongside powerhouse singer Lady Gaga. "A Star is Born" is already stirring up Oscar buzz.

Cooper spoke with ABC7 Chicago about his character, Jackson Maine.

"He's somebody who could keep touring forever and make a lot of money. He doesn't even think about fame. He's more about what it is to do with your life as a musician and what happened to the rest of his life that he never cultivated," Cooper said.

Gaga's character is not an ingenue. She's 31 years old and she's almost given up.

"Every musician that I know speaks of Lady Gaga with the highest regard and respect. But it wasn't until I heard her sing, which was the day before I met her, that I was personally blown away by her talent," Cooper said.

The first time he sang before a huge audience, Cooper said his focus wasn't on the performance at all.

"I actually got up on a stage that was live. It was in the middle of two other performances, Jamie Johnson and Willie Nelson," Cooper said. "They were kind enough to let us have eight minutes - the least of which I was thinking of was singing. It was, 'Can we get the shot and will the crowd not yell at us and is it all going to work?'"

Cooper said Gaga gave him one piece of advice when they were singing together that he'll never forget.

"She just came over and whispered and said, 'You don't have to perform it.' It was such a beautiful thing. I knew exactly what she meant and then it just flowed," Cooper said.