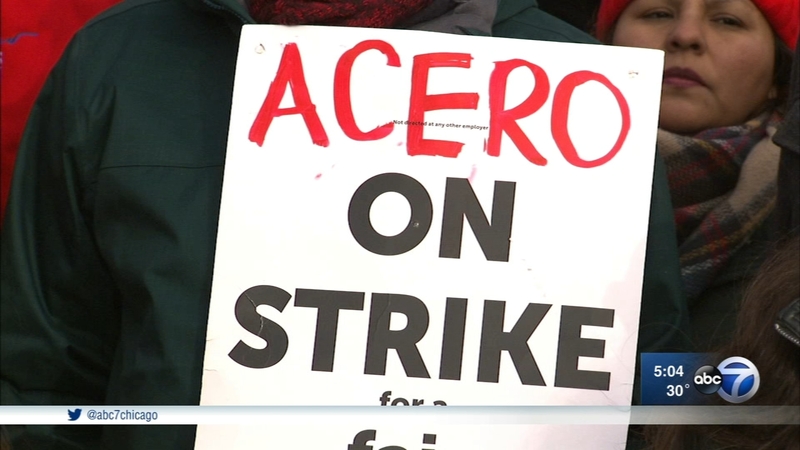 It's been nearly a week since teachers at all 15 Acero charter schools walked off the job. On Saturday, community leaders joined nearly 500 teachers and staffs for their fight as they picketed outside Soto High School in Chicago.

"Acero's filings are pathetic and they are going to have no effect on this strike," Sharkey said.

In a YouTube video posted when the strike began, Acero CEO Richard Rodriquez said "We are very disappointed that union leaders have put their anti-charter political agenda ahead of the interest of our students."

If an agreement is reached, the teachers union said they hope teachers and staff return to school on Monday.

The teachers went on strike after failing to reach a contract agreement following seven months of negotiation. The strike affects 7,500 students.

Acero officials say they will remain at the negotiating table.