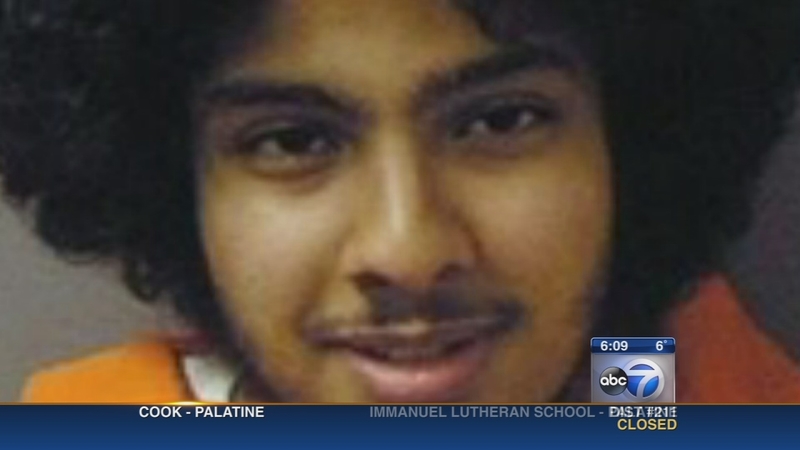 CHICAGO (WLS) -- For more than two years, the ABC7 I-Team has been investigating a Chicago terrorism case involving Adel Daoud, the suburban teenager suspected of plotting to blow up a downtown bar, and now Daoud's attorneys want a hearing before the United States Supreme Court.

When the Hillside resident was arrested, he was an 18-year old nobody had heard of. Now at age 20 he could become the subject of an historic U.S. Supreme court decision if his attorneys convince high court justices to take on the hot-button issue of government surveillance.

Daoud remains in the federal lock-up on terrorism charges, claiming he can't get a fair trial because prosecutors won't disclose the evidence against him.

"It's an absurd plot on its face," Daoud attorney Thomas Durkin said.

From day one Daoud's lawyer has cried foul, maintaining that Daoud is no al Qaeda terrorist and that the FBI lured the teenager into a fake plot to blow up a Loop tavern.

But what led the FBI to a Hillside 18-year-old in the first place? Daoud's attorneys say it was government electronic surveillance and that they are entitled to see it, but prosecutors and the 7th Circuit Court of Appeals say that could jeopardize national security.

In a petition they cite a "vast expansion of the government's surveillance activities since 2001" and "aggressive use of new surveillance whose constitutionality is deeply contested, surveillance that now includes new forms of electronic eavesdropping," they say, the "interception of email and internet communications" and "wide-ranging searches of electronic devices," resulting in "the collection of communications belonging to hundreds of millions of Americans."

While this Hillside man remains locked up at the MCC-Chicago, a Supreme Court ruling on the surveillance issues in his case would be far-reaching. According to Daoud's lawyers it would finally settle "uncertainty about when the government is obliged to notify defendants" they have been spied on and whether it is fair that "the surveillance is shielded from judicial review and effectively placed beyond the reach of the Constitution."

The law that allows government spying is called the Foreign Intelligence Surveillance Act. It has been around since 1978 and according to defense lawyers not once has a defendant been allowed to access evidence gathered against them.