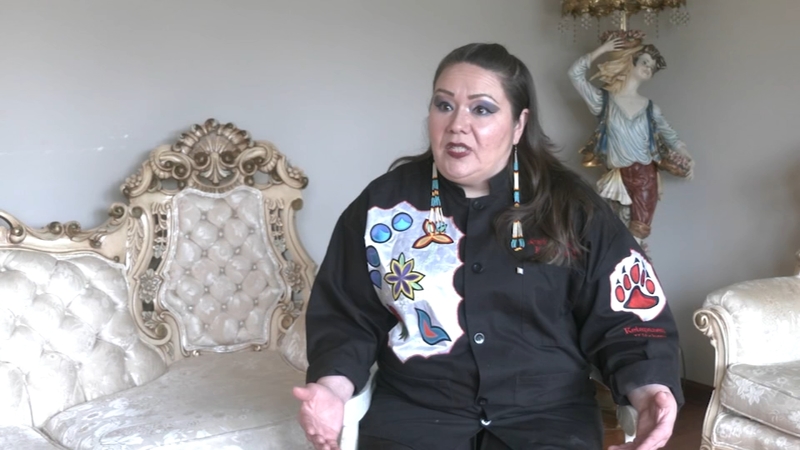 CHICAGO (WLS) -- Some minority business owners believe their Facebook accounts are being flagged for the simple fact that they mention race in their advertisements on the site.

Native American executive chef Jessica Pamonicutt has been searching for answers for months after she was restricted from advertising on Facebook.

"Given that Facebook is the largest social media platform in the world, it's really important because everybody's on Facebook," said Pamonicutt, owner of Ketapanen Kitchen, the only Native American pop-up kitchen and catering company in Illinois.

Last November, Pamonicutt tried to create an ad on Facebook promoting her menu tasting event at the Trickster Cultural Center. But the ad never ran and her account was restricted, she said.
"When I created the first post, it went into some review status and then it looked like it was going to post," Pamonicutt said. "And then I got a notification that it couldn't be posted."

She said she discovered other Native American business owners had similar experiences.

That policy restricts targeted ads involving such things as race or ethnicity, political affiliation, religion, sexual orientation and health. It's a way to create a better user experience, according to Facebook. But social media marketing expert and DBC Brand owner Faith Anderson said it's causing headaches for many of her clients.

ABC7 reached out to Facebook for answers about Pamonicutt's case. The social media giant admitted they made a mistake preventing her from running the ad and restricting advertising. The restrictions on her account have been lifted, according to a Facebook spokesperson.

Pamonicutt missed out on nearly six months of advertising on Facebook because of that mistake.

"Chicago is filled with every ethnic cuisine you can think of except for Native American cuisine. To let people know I am here is super important. How else am I going to survive and thrive," she said.

"And sometimes it will take days for us to get a response," she said.