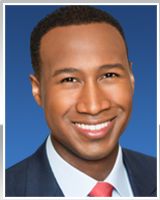 In the weeks after Alton Sterling and Philando Castille were killed, African Americans are being encouraged to used black-owned banks by new campaign.

In the weeks after Alton Sterling and Philando Castille were killed by police, a campaign was starter encouraging African Americans to bank with black-owned banks.

The movement has picked up steam and Chicago's two black banks have reported a spike in new customers.

Recording artist and studio owner Jabari Evans opened up an account at a black-owned bank on Chicago's South Side.

"I feel like there's a strong need for African Americans to harness their power," said Evans.

To protest recent police shootings, an online campaign called on African Americans to move their money to blank-owned banks.

The response has been huge.

Black-owned banks across the country in places like Atlanta, Columbus, Georgia, Birmingham and Houston are reporting a surge of new applicants.

In Chicago's Bronzeville neighborhood, Jeffery Beckham, a small business owner, recently opened a new account at Illinois Federal Savings and Loan. The bank has had $4 million in new deposits since last week.

"I think that an economic protest is the most successful way to protest," Beckham said. "One of the issues of Chicago is the opportunity gap that exists...the way we solve that is by creating businesses and as we move our money and support our banks we make them stronger."

At Chicago's other black-owned bank, Seaway National, more than 100 new accounts have been opened in the last few weeks.

This online campaign started as a way to show solidarity, but in the long run, if the movement continues, some bank owners predict this movement could transform black communities all over the country.