The ABC7 I-Team obtained, through a Freedom of Information Act request, the missing persons report Andrew Freund, Sr., and Joann Cunningham filed for their son AJ.

The narrative written by police notes that AJ's father, Andrew Freund Sr., was "very calm throughout my interaction with him, not showing much emotion when speaking about his missing child."

The officer "asked Andrew if he had a recent picture of AJ. Andrew searched his photos in his phone, but wasn't able to find a picture."

Police noted the house "was in disarray" and JoAnn "seemed frantic, crying and having scattered thoughts."

A responding officer wrote that he heard JoAnn take a call on speaker from her incarcerated boyfriend where he asked her "if she found AJ yet though she never said he was lost while I was present at their residence."

According to the report, Andrew didn't know what color AJ's eyes were, and had said they were blue but changed his answer to brown after hearing JoAnn answer.

Officers noted there were mouse droppings on AJ's bedsheets and on the floor of his bedroom. There was a lock on the outside of AJ's door for overnight hours and once "Andrew said AJ had exited the window once before, so he secured it by drilling two screws into the window."

Andrew said he searched the home for AJ for over an hour before notifying Crystal Lake police. Andrew told police he went to AJ's elementary school to see if he had walked there on his own, but found no sign of his son.

Prosecutors said AJ's mom, Joann Cunningham, had video on her phone more than a month before his death that showed AJ with bruises to his face and body. AJ's dad Andrew Freund Sr. told investigators the injuries were caused by Joann.

The father, referred to by prosecutors in the documents as "Drew," also said "on or about" Sunday, April 15, AJ had lied about his soiled underwear and was subjected to a 20-minute cold shower as punishment. He said he put AJ to bed, "cold, wet and naked," according to the documents.

Drew said Joann got up and checked on AJ. She got Drew and used his phone to search for "Child CPR," the documents said. Drew said at some point he believed that AJ had died.

The documents also said that Drew drafted a grocery list that included duct tape, plastic gloves, air freshener and bleach.The next day, the documents said Drew took AJ's body to the basement and stored him in a tote.

WATCH: What we know about the AJ Freund murder case

On April 17, he placed AJ inside trash bags, placed the body in the trunk of his car and drove him to a remote area in Woodstock. He then dug a shallow grave, placed AJ in it, covered it with straw and left, the documents said.

Freund Sr. and Cunningham are both charged with A.J.'s murder.

A public visitation for AJ will be held on Friday.

Visitation services for AJ will take place at Davenport Family Funeral Home and Crematory at 419 East Terra Cotta Avenue (Route 176) in Crystal Lake. The public is invited to stop by and honor AJ from 1 p.m. to 8 p.m.

Overflow parking will be at Willow Creek Community Church, 100 South Main Street, Crystal Lake, and bus service will be provided to the funeral home.

Additional documents obtained by the ABC7 I-Team give an inside look at the Crystal Lake home owned by Joann Cunningham and Andrew Freund, Sr.

A stack of police reports dating back to 2012 detail more than a dozen interactions between Crystal Lake police and Cunningham and Freund. In the span of just a few weeks, police were called to the couple's home for accusations of theft, bad checks, and multiple violent domestic disputes.

Photos taken inside the home show dilapidated and filthy conditions. Police were tipped off by a heating contractor. A police report that matches the photos was written on October 18, 2013, four days after AJ Freund was born. 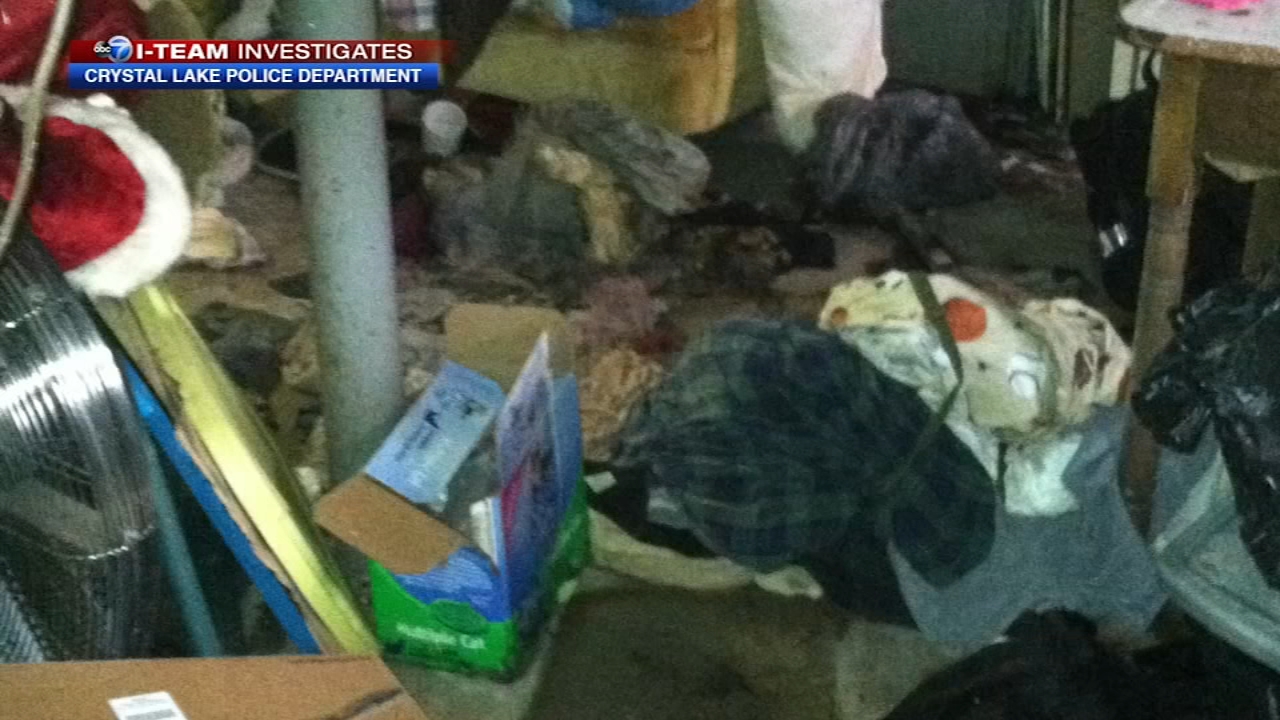