WLS
By ABC7 TEAM COVERAGE
CRYSTAL LAKE, Ill. (WLS) -- The parents of 5-year-old Crystal Lake boy Andrew "AJ" Freund have been charged with murder after his body was found Wednesday.

AJ's parents reported him missing last Thursday, six days ago, saying they last saw him when he went to bed Wednesday night. An exhaustive search effort by Crystal Lake police and the FBI has been underway since then, largely focused on the Freund home.

"It was apparent to me that nobody was going to sleep and nobody will sleep until justice is brought for AJ. This is the beginning of that process," said FBI Agent Jeffery Sallet at a Wednesday afternoon press conference announcing the charges.

During the press conference, Crystal Lake police said that after police confronted them with evidence from their cell phone records, implicating them in AJ's death, both parents provided information that helped investigators locate the boy's body in a rural area in Woodstock.

The parents were both in police custody Wednesday and will be transported to the McHenry County Jail ahead of their bond hearings.

Crystal Lake police, assisted by the McHenry County Sheriff's deputies and FBI evidence specialists, converged on an isolated parcel of land off Dean Street in unincorporated Woodstock around 6 a.m. Law enforcement moved back onlookers and used a drone camera to help survey the area leading to the woods.

Eventually investigators erected a field tent to shield their work. Authorities said they discovered a shallow grave and were able to identify the remains within as AJ's.

The stretch of rural McHenry County is sometimes visited by off-road motorists and others seeking to hide their activities, neighbors said.
EMBED More News Videos

The body of 5-year-old AJ Freund was found wrapped in plastic in a shallow grave in a rural part of Woodstock, police said Wednesday.

After charges were announced, the Illinois Department of Children and Family Services released a statement, saying in part, "This news is heartbreaking. Protecting vulnerable children who come to our attention is at the core of our mission at DCFS. All of us feel this loss."

The statement continued to say that DCFS is cooperating fully with law enforcement for the ongoing investigation, and promised that the department would review "the entirety of our work with Andrew's family to understand our shortcomings and to be fully transparent with the public on any steps we are taking to address the issues."

On Tuesday, Crystal Lake police said officers have been called to the home 17 times since AJ was born. The Crystal Lake Police Department released reports detailing what they call "unacceptable" living conditions along with alleged drug abuse and concerns the DCFS had for the children's welfare.

The cause of death has not yet been determined. The McHenry County Coroner's Office will conduct an autopsy.

Earlier Wednesday, police were seen removing items from the boy's home in Crystal Lake, including a small mattress and a shovel, and brought them to the Crystal Lake police station.


"I spoke with the assistant principal over at the school and where the park is and they haven't seen him or any other child," Freund added. "I have no idea where he would be." 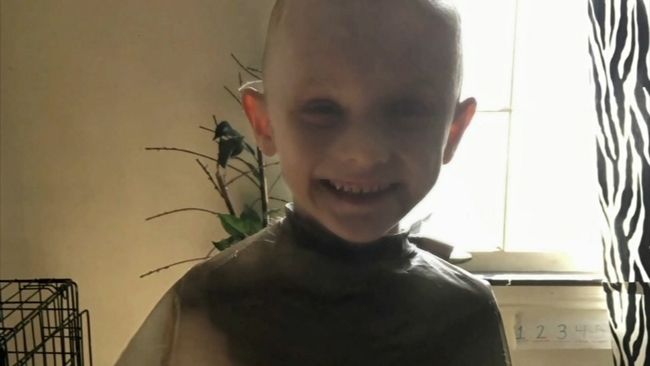 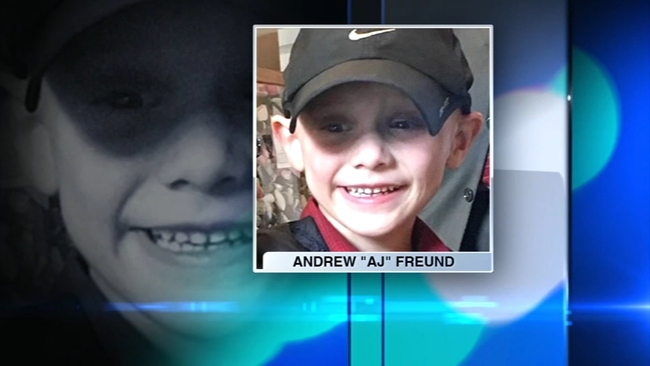 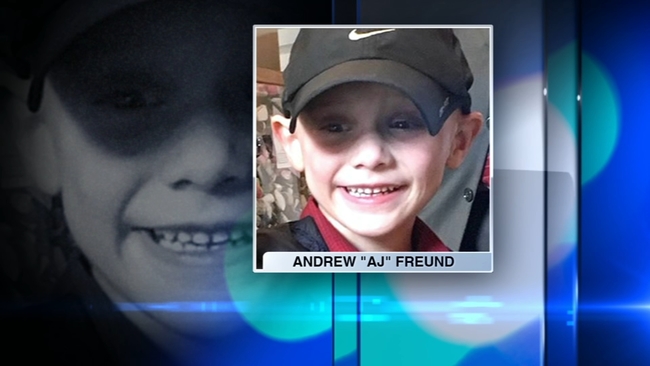 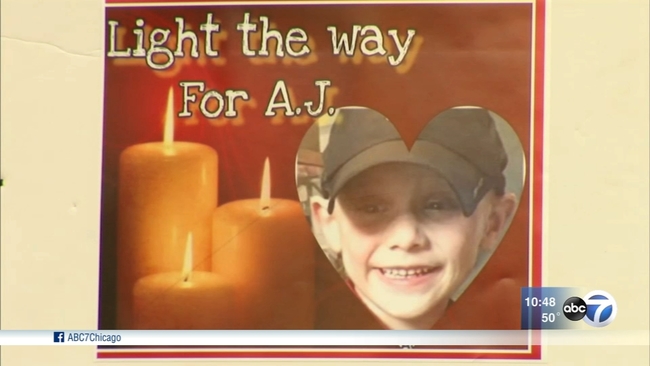