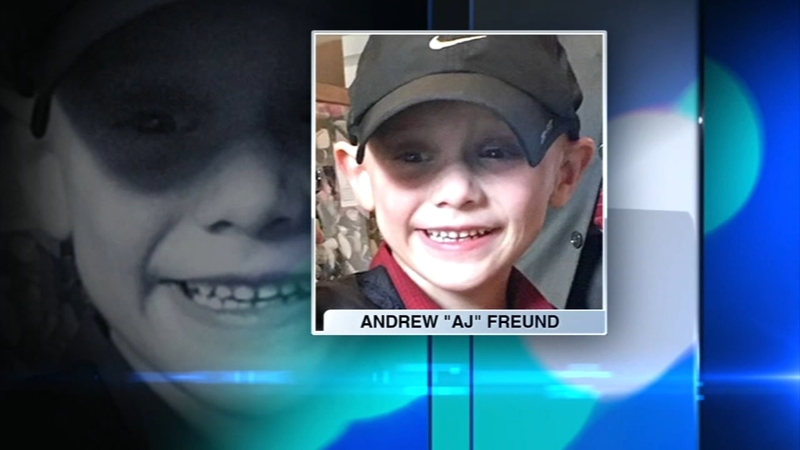 Police said they do not believe the boy was kidnapped or ran away and AJ's father said he will not give up hope in finding his son. The boy was reported missing last Thursday morning. His parents said they last saw him when they put him to bed Wednesday night.

On Tuesday, a DCFS hearing will be held regarding the state's decision to put AJ's younger sibling, Parker, into protective custody, according to an attorney representing AJ's mother, Joann Cunningham. The hearing will be held at 3 p.m. at the McHenry County Courthouse in Woodstock.

A press conference is slated for after the hearing, the attorney said. Cunningham will attend, but indicated that they are unsure about AJ's father's plans for attending the hearing.

Officials said DCFS and the Crystal Lake police have visited the home numerous times, and have removed the children over alleged concerns for their safety.

"The community has been concerned and has let the authorities know that over the last year, we let the DCFS know that, we've seen the kids been taken away and always shocked they have been returned," said neighbor Jeanne Butler.

Meanwhile, Crystal Lake Police and the FBI are focusing their investigation on the boy's home, which they call a crime scene. Canine units only picked up AJ's scent within the residence.

Crystal Lake police said Monday that Cunningham is uncooperative with police. Her lawyer says she has shared everything she knows with authorities and he has advised her to keep quiet.

In a statement, her lawyer said: "Joann is particularly devastated by the Crystal Lake Police Department's press release that she refuses to cooperate and that as a result, she is a suspect. Ms. Cunningham was physically present with law enforcement beginning the moment CLPD responded to her 911 call Thursday morning, until after 5:00 p.m. Thursday evening. That day Ms. Cunningham spoke with numerous law enforcement officers, both local and federal, and answered every question she was posed to the best of her ability. While law enforcement was conducting a missing child investigation, Ms. Cunningham was eager to participate. When it became clear law enforcement was not conducting a missing child investigation, was not issuing an Amber Alert, had stopped searching for AJ, and considered her a suspect, we did advise her to stop all communications with law enforcement and she did so at our request. This is just us as her attorneys doing our job, not evidence of her wrongdoing, and is not itself suspicious in any way."

However, police have not publicly named any suspects in the case.

Neighbors continue to show their support by leaving flowers and toys for the little boy outside his home in hopes he will return. Saturday night, community members came together at a vigil to light candles and wish for a safe return.

"I want us home together," she said. "I just want my kid. My kids are my life. They're my kids.

AJ's father told ABC7 he is cooperating with police, but continuing the search on his own.

Police have responded to the home before. They have investigated allegations of abuse and neglect from 2015 to 2018. DCFS last had contact with the family in December of last year.