WLS
By Sarah Schulte and Liz Nagy
CRYSTAL LAKE, Ill. (WLS) -- The Crystal Lake community spent six days helping with the search for 5-year-old Andrew 'AJ' Freund when he was reported missing. Now they mourn after his body was found in Woodstock and his parents were charged with murder.

The northwestern suburb is a tight-knit and family-oriented community. They said they took AJ's disappearance and now his murder personally.

At an evening vigil outside the family's home and another gathering in Woodstock, hundreds gathered. In Crystal Lake the crowd was silent, at a loss for any good words.

"It shouldn't have ended this way. There's so many other options than taking an innocent child's life," said Amanda Dryjanski, who knows the Freund family.

Inside the dilapidated home, neighbors and former family friends said AJ suffered constant torment. York has some idea; he said he lived with the Freunds for just a few months.

"His whole world was just that dysfunction. I can't fathom what he went through in his short life," he said.

Handwritten notes from strangers, balloons, and toys loved deeply by other young children now lay outside, almost as an apology to the 5-year-old.

"He got a raw deal and God's going to fix it," York said.

The northwestern suburb is a tight-knit and family-oriented community. They said they took AJ's disappearance and now his murder personally.

As police took evidence out of the Freund home Wednesday morning, neighbors knew their worst fears about the little boy had come true.

"Just a little, sweet 5-year-old boy," said neighbor Janelle Butler. "Oh my gosh, who could do that? I can't believe that I knew them and talked to them and they were capable of doing that. Right across your street."

Butler said she and other neighbors felt helpless as the news of AJ's death spread through the community.

Many Crystal Lake residents, who had been involved with search parties, attended the brief press conference Wednesday afternoon in which police announced the 5-year-old's parents Andrew Freund, Sr., and Joann Cunningham were charged with their son's murder.

Some who never met AJ or his family wiped away tears at the news.

"Just to think a parent would do this, a parent is supposed to be there to nurture and protect and it's just very sad, and I can't believe anyone would do this," said Jennifer Falbo, Crystal Lake resident.

"Finding him is horrible to hear, but on the other hand now we can rest knowing police did their job," said Casey Voris, Crystal Lake resident.

However, many question whether the Illinois Department of Children and Family Services did its job. DCFS was involved with AJ and his family since 2013 when he was born with opiates in his system.

"It's unbelievable to me that DCFS failed so miserably," said Karen Danielson. "I have no words for that."

As residents stopped by to drop flowers or stuffed animals into the growing memorial in front of AJ's home, Butler keeps thinking about the last time she saw the boy.

"It's seared in my mind forever, he was at the door with his brother fighting over who was going to get in the door first," she said.

DCFS issued a statement after the charges against AJ's parents were announced.

"After a nearly week-long search for missing Andrew "A.J." Freund, law enforcement officials today confirmed his death. This news is heartbreaking. Protecting vulnerable children who come to our attention is at the core of our mission at DCFS. All of us feel this loss. Our priority is the care and safety of Andrew's younger sibling. We will continue to cooperate with law enforcement in their ongoing investigation. The Department is committed to conducting a comprehensive review of the entirety of our work with Andrew's family to understand our shortcomings and to be fully transparent with the public on any steps we are taking to address the issues."
Report a correction or typo
Related topics:
crystal lakemissing boyvigilchild killedparents chargedbody foundmemorial
Copyright © 2020 WLS-TV. All Rights Reserved.
RELATED 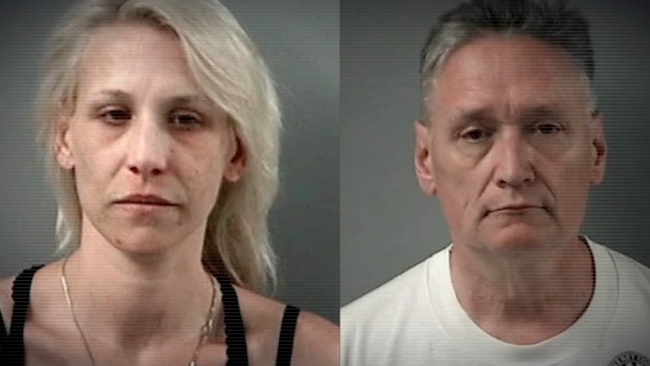