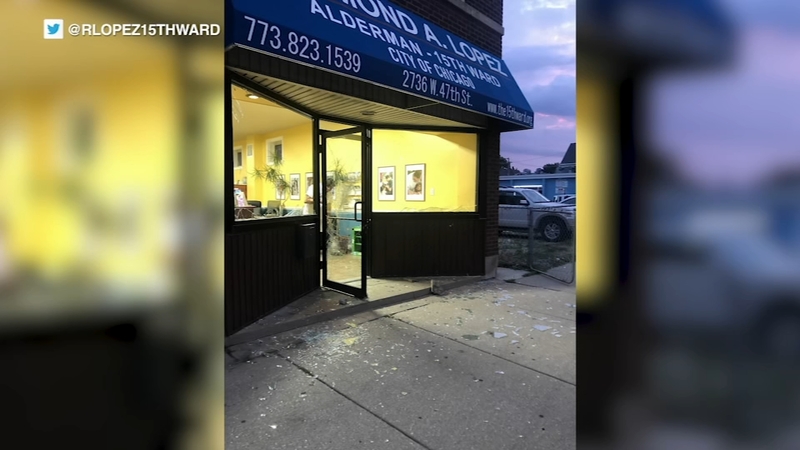 Lopez tweeted, "The third attack in a month! Lawlessness continues in Chicago."

“We’ll make sure that they’ve got the resources they need to be secure. We’re not going to tolerate anyone attacking elected officials, and engaging in criminal conduct against them, period” -Lightfoot.

You failed. The third attack in a month! Lawlessness continues in Chicago pic.twitter.com/DMoEiROFHR

Alderman Raymond Lopez speaks after he says his office was vandalized for a second time.

This is the second assault on the office in ten days, and the third act of vandalism targeting the alderman in a month after bricks were thrown through the windows of his home.

The alderman has previously said that gang members are targeting him and Thursday morning, he criticized Mayor Lightfoot for not doing enough.